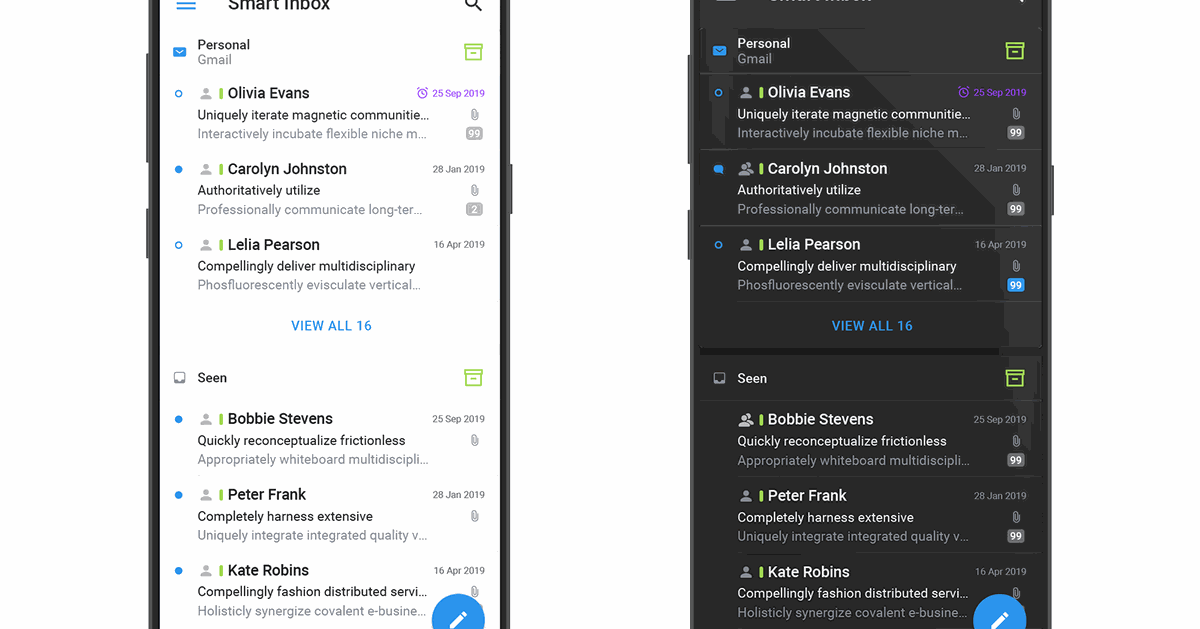 Spark is a famous email application available on OS and Android both, offering several customization choices as well as a few high-end features. However, the app has still stayed a bit behind from its rivals in terms of design. Well, that is about to change as the latest Spark version now offers a fresh redesign, along with an all new dark mode.

The old Spark app featured an odd, widowed deign which is now replaced by uniform background. Depending on the mode you choose, the background gets switched to either black or white. Moreover, there are a few much-required visual changes, including one new font as well as the option to see avatars for the contacts just besides their emails.

The new Spark update is not just cosmetic. The developers have also updated the app with much more personalization choices, thus letting the users of the app to select what actions can pop up at the footer of an opened-email. Besides, the new update now also offers support for multiple windows in Apple iPadOS, letting users open multiple emails at once or reference an email thread simultaneously along with response in one different email.

The new Spark version should be released on iOS and Android both by now.