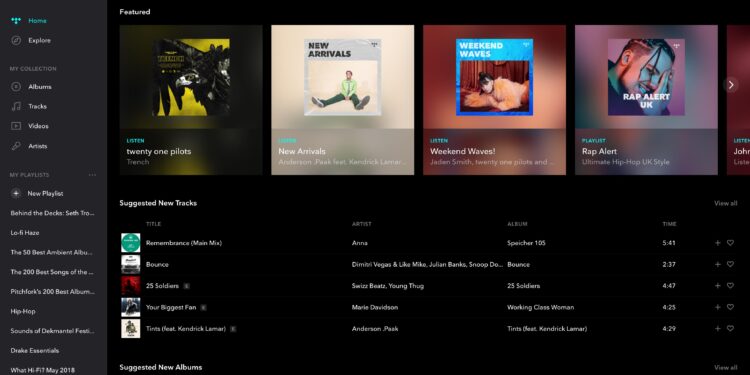 Tidal refers to a very well-known subscription-based music, podcast and video streaming service which combines lossless audio and high-definition music videos that includes exclusive content and other attractive features on music. It was launched in the year 2014 by Aspiro which is a Norwegian public company. The service has received mixed reviews from users where a few have appreciated the best fidelity, lossless audio quality and the subscription fees that can result in royalties for artists and songwriters and the negative reception was towards a fact that exclusive content from the artists can lead to more music piracy.

But every service faces bugs at a certain point of time and exactly this has been happening in Tidal. Users have come up with various complaints related to the platform. A few users have said that the app sometimes freezes, crashes, force closes and sometimes, it doesn’t respond at all. It has been a major issue for many users. There are some people who love to play music in offline mode but a few users said that when they tried to listen to the offline music and they opened the app, an error message popped up saying “No Connection – Tap to Refresh”. The users tried to refresh the page but despite having a strong internet connection, the page doesn’t respond at all.

A few users were not able to play any tracks at all. Mostly offline music has been removed from the catalog of many users. If they try to uninstall and then again reinstall the app, they end up losing all downloads. Some users have reported a problem where the media loads very slowly and an error message has also came up when they try to play any track and it says that the track is currently not available on Tidal. People have cleared the app cache and restarted the app to solve the problem but it has not been able to help much. So, if the problems are really irritating you a lot, you can follow these steps to try and fix them yourself –