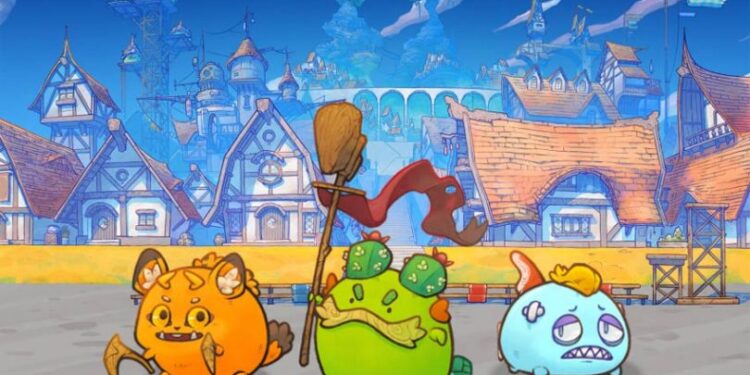 Here’s another bug majorly reported by Axie Infinity players and may strongly be an outcome of server issues. Players are complaining of an issue with the syncing of energy points in the game. As per reports, peeps are seeing 0/0 energy on the tab, but they aren’t actually out of energy points. It surely has the same symptoms as the de-synchronization issue we talked about earlier. Is there a way to fix the problem? Well, turns out there’s a way but an unofficial one. And, it hasn’t worked for everybody facing the syncing problem with energy points in Axie Infinity. But, there’s no harm in trying. So, keep reading to know how to debug this issue.

Every Axie Infinity player receives at least 20 energy points every day. When you play an Adventure/Arena game, an energy point is deducted. So, your game is supposed to start at 20/20 energy points when you launch it after the server reset every day. However, the bug causes the energy tab to show 0/0 points which is not a normal state. If you use up all the energy points for the day, you will be shown 0/20. But, 0/0 should not be shown at any point in time.

As we know, Axie Infinity is still not in its final version – it is still in the alpha stages, according to developers. Owing to the recent surge in popularity, the developers are having to perform a lot of server maintenance. The increase in popularity also triggers server bottlenecks from time to time. And, we tend to see syncing issues or loading issues whenever the server throttles happen. The developers advise waiting out in times like these as these bugs usually solve themselves when the server issues are taken care of. But, fans are restless and want to debug some issues on their own.

How to fix the energy sync issue in Axie Infinity?

Here’s what you can do if you encounter the energy points syncing or refreshing issue.

Doing the above has worked and many could successfully get rid of the energy sync issue in Axie Infinity. If you still see 0/0 in the energy tab, just tap/click on Adventure, and in the next window, you should be shown the correct number of energy points. If the above doesn’t work, it is best to wait and let the issue go away on its own. Try playing the game after a few hours or after the next server reset.

Axie Infinity not working on Mac, giving Black/Blue Screen: How to fix it?