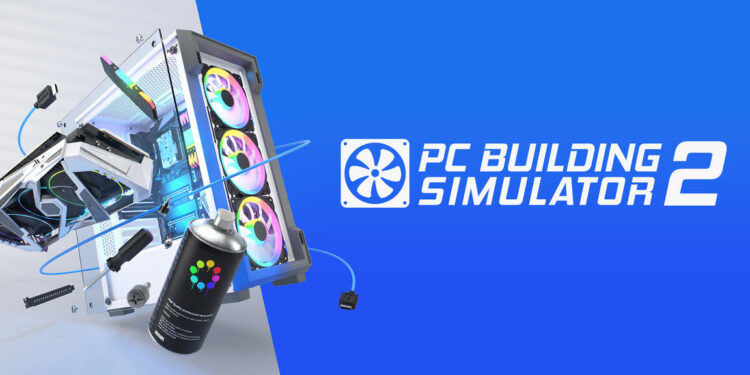 Are you wondering if PC Building Simulator 2 will come to Steam? Well, you are not alone with this concern. Fans of the first installment are all excited to finally get the second release in their franchise. But there are a lot of rumors circulating about the game’s Epic exclusive release. If you did not know, Epic Games Store is a rival of Valve’s Steam. Both of them are popular online stores to purchase video games. Recently, there has been news that PC Building Simulator 2 might not be available on Steam. This has caused a lot of confusion amongst the players.

The first title of the series gained a lot of popularity during the pandemic. PC Simulator 2 will stay true to the series’ fame. But it will also bring in new features and enhancements! PC Sim 2 is truly very hobby-satisfying; it may only appeal to a section of the GC who love building PCs in real life. Of course, these rigs are virtual, but the experience is still thrilling nonetheless. PC Building Simulator 2 promises better graphics and more customization options in the game. It will also feature the newest hardware components that the market has to offer. This is a perfect opportunity for PC building enthusiasts to assemble their dream rig. For now, the upcoming PC Building Sim will be released exclusively on Epic Games Store, according to the announcement.

According to the company’s official tweet, the game will be available exclusively on Epic Games Store. A lot of fans expressed their disappointment with this tweet. As it happens, most of us don’t like Epic Games Store (Oops, Said it!). The Epic Games Launcher isn’t really friendly with video games; you may run into bugs when trying to launch a game or make a purchase. Well, most of the GC prefer using Steam over EGS. However, EGS is known for its “Get A Free Game Every Week” initiative. PC Building Simulator (the first title) was made available for free on EGS last year in October. According to reports, the game’s player base shot up during that time [as expected].

Dream it, build it, bench it, fix it, change it, parts, upgrade it.

Is there any possibility of a future Steam release?

Well, Epic Games acquired Tonic Games Group in 2021; Tonic Games Group owns Irregular Corp, the brain behind the PC Building Sim series. So, it is obvious that the situation will be affected. As of now, there’s no word on a future Steam release for PC Building Simulator 2. Considering the fact that the first title in the series was a hit, fans will go out of their way to get their hands on the upcoming title. But the decision to make the upcoming title exclusive to EGS will surely hurt a considerable part of the player base.

In the end, we hope that PC Building Simulator 2 gets a Steam release as soon as possible. The game has a huge fan base in the store and the devs would not want to lose them. We hope that you found this article helpful. Also, if you are wondering about Borderland 3 save files location, then check out our article for the answer. Happy Gaming!

Apex Legends Mobile Crashing on iOS & Android: How to fix it?

Apex Legends Mobile Crashing on iOS & Android: How to fix it?