Xiaomi’s custom mobile OS name is MIUI. The latest version of MIUI, the MIUI 12 is currently being rolled out. And now, the Chinese OEM is working on the upcoming MIUI 13. Xiaomi has started the development of MIUI 13 in June this year and it takes at least one year to make a stable build and hence, the expected release date of MIUI 13 is June/July 2021.

MIUI 13 will be based on Android 11 and will bring various enhancements to make users’ day-to-day life easier. MIUI 13 comes with an improved user interface, new animations, enhanced touch sensitivity, native screen recording support, new theme designs, improved gestures, scheduling option for Airplane Mode, fast charging improvements, improved battery performance, and much more. All the features will be known only when the stable build of MIUI 13 is released.

Now, a twitter user Gadgetsdata shared some more MIUI 13 features in a tweet. The original tweet by him goes as follows, “On the upcoming #MIUI13, you’ll be able to see “Contact numbers” on the recorder application’s call recording list. All the conversation will be shown as Text (in a chat form) also
when you’ll listen to the recording. AI call recording GUI Listed today on CNIPA.”

The “Call Transcription” feature also known as AI calling feature is useful in helping users with hearing disabilities. With this call transcription feature, the call recording will automatically be converted to text, while playing the recording.

Adding to the Call Transcription feature, the tweet also tells us about a new feature in which you will be able to see the “Contact Numbers” on the call recorder application’s call recording list. This will be very useful if you record all the call that you make/receive.

We are constantly tracking the updates related to MIUI 13 & we will update you with the latest update as soon as it comes, so stay tuned! Follow our website to get the latest technology updates. 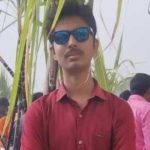 Loknath realized his obsession with gadgets and computers at a very young age. A day-dreamer, he was amazed when flat screens, smartphones, and artificial intelligence jumped out of sci-fi books to reality.
His passion for writing and eagerness to learn led him to DigiStatement. A jack-of-all-trades, he will tell you about Space and Physics sometimes and then sometimes jump topics to Indian History and Politics.