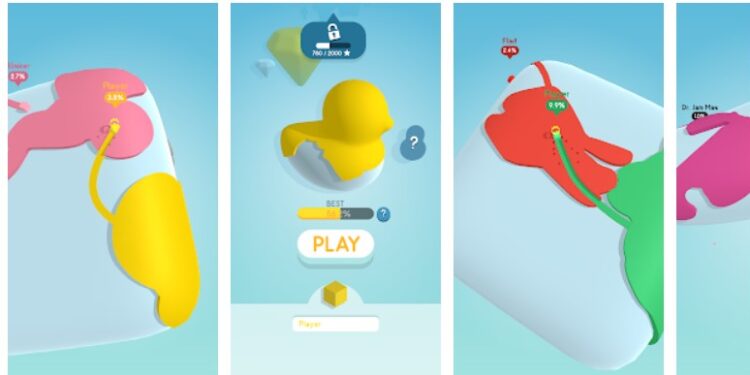 Interested to know about the release date of Paper.io 3? Well, consider reading this article till the end as we will be sharing all the details regarding the same. Here’s everything you need to know.

The first title that was released under this series was Paper.io. It was launched back in 2016, developed and published by Voodoo. Ever since its release, the game became very popular as it features really interesting gameplay. Your primary objective in the game is to capture as much area as you can. The game might seem pretty easy at the beginning, but it is very hard to master. Although you can capture as much territory as you want by outwitting your opponents and using the best strategy, you have a vulnerable spot and that is your tail. If your opponent touches it, you are dead. So, this makes the game very engaging and players are spending hours trying to beat their enemies.

Anyways, acknowledging Paper.io’s success, a sequel was also released back in 2018 along with a 3D version in 2019. But, now fans are getting curious to know about the release date of the next title in the series, i.e. Paper.io 3. So, is there an official release date? If so, when will be the game released? All the questions are answered below.

As of now, there is no official information regarding the release date of Paper.io 3. Ever since Paper.io 3D was released, there has been no news regarding the release of an upcoming title. As per the release date pattern, Paper.io 3 must have been released in 2020-2021 but such a title wasn’t released, which might be a strong indication that there won’t be a Paper.io 3, ever. However, if you are really interested to play Paper.io 3, you can try it out on the IO games website. Although it is not an official version, it should be enough to keep you engaged for some time.

If Paper.io 3 does get released, it will surely be available on PC, Android, and iOS devices. Well, since Paper.io 3D wasn’t available on PC, there is a chance that the upcoming title might also be excluded from this platform. Anyways, if we get more information regarding the release date of Paper.io 3, we will be updating this article at the earliest. Until then, make sure to follow us on AndroidGram for more news related to game releases.