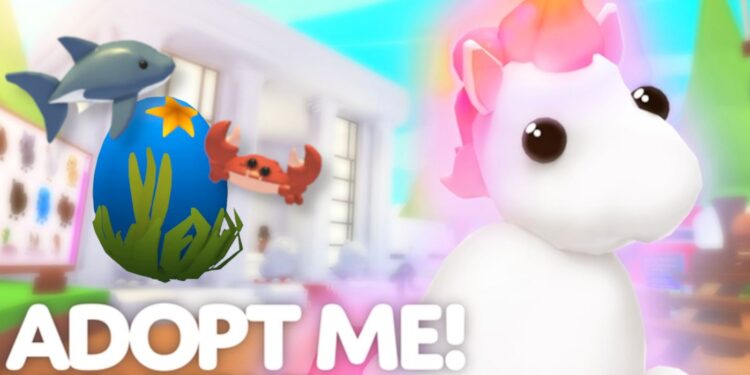 Adopt Me! players will be greeted with the all-new Mythic egg very soon. There has been a lot of anticipation and wait around the arrival of the legendary egg, which will also be a limited kind. However, Adopt Me!’s official Twitter handle has confirmed the arrival. They posted a large red and white floating banner with multiple question marks. The banner was carried by two mythical creatures, which are supposed to be the Mythic Egg’s produce. This got the fans to be very excited about the new mythical update.

Want to know more about what the mythical egg is going to carry for you? Read this article for more details.

Three of the mythic pets have been revealed so far. Two of them were seen carrying the banner for the update announcement.

who's excited for the next egg?? 😍 pic.twitter.com/QaYk5OM18I

The Mythic Egg will be a premium thing to own, so you will have to purchase it. It will be available for purchase from the Gumball Machine in the Nursery. You can obtain the Mythic Egg through trading as well. Here are the list of pets expected and their details.

It is an orange-colored bird with orange plumage all over. It has black feet and a long orange-colored tail. Phoenix will be a mythical pet as it is going to be mythical egg produce.

It is also a mythical pet to come out of an upcoming mythical egg. The Wyvern sports a light-green body and dark-green wings. It also has a long light-green tail and two sharp horns on its head.

who is this…. green creature 🐲💚 pic.twitter.com/A9BeTyBxwg

The Kirin sports two brown antlers, black eyes, a combination of yellow and orange mane, and yellowtail. It almost resembles a lion and deer mix. It is also a mythical pet.

Google Nest Thermostat E298 No Power error code : How to fix it

Google Nest Thermostat E298 No Power error code : How to fix it