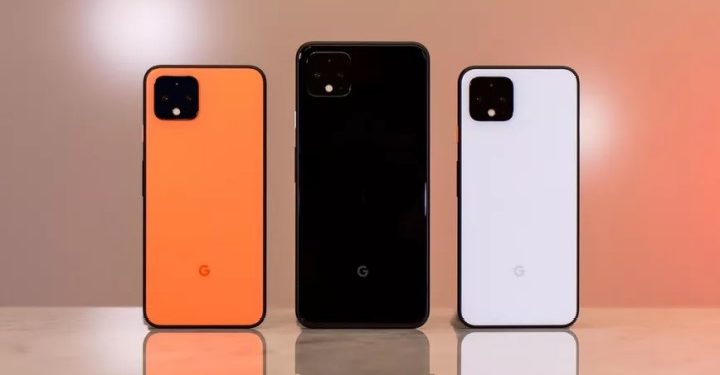 Google is an American multinational company. Popularly known for the search engine, Google is one of the most reputed companies across the globe. The launch of Google’s Pixel phones turned out to be the ultimate evolution for the brand. Pixel phones are a huge hit. The premium range devices are made of fantastic build quality and mind-blowing interface. The best part about Pixel phones is that all the Android updates and services are primarily pushed to these devices first. From OS update to security patch updates, Pixel devices flex the privilege of receiving them all first.

Google Pixel 4 XL is a premium range device that released in October 2019. The base variant of the Pixel 4 XL costs $609.99 currently and is available in three colors- Clearly White, Just Black, Oh So Orange. 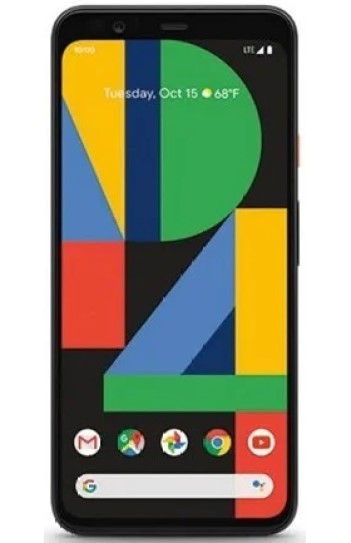 Though it’s touching a year since the release of this device, Pixel 4 XL is one of the finest Android smartphones in markets. As the battery and camera features are pretty outdates, some specs are indeed top-notch despite falling on the older section of devices. Google Pixel 4 XL is available in two variants- 64GB 6GB RAM and 128GB 6GB RAM. This device is powered by an impeccable Snapdragon 855 chipset, which is among the top processor combinations from Qualcomm. The OS of the Pixel 4 XL is Android 10 after the update. 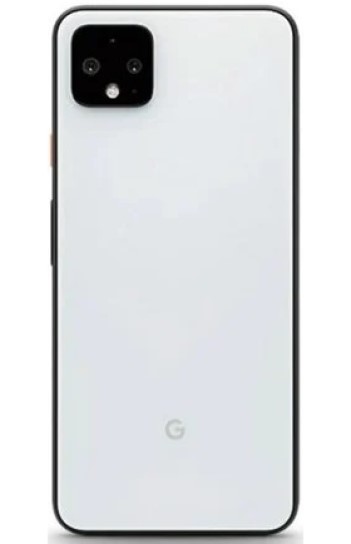 As mentioned at the very start, Pixel mobiles enjoy the luxury of receiving Android updates and services at an earlier stage. But it has been 4 years since a device received an OS update without any notice beforehand. The official, first Android Beta was supposed to roll out in May 2020. It was postponed and there were no details about Android 11 Beta 1 update until Google accidentally/ without any prior notice pushed the update for Pixel 4 XL today. 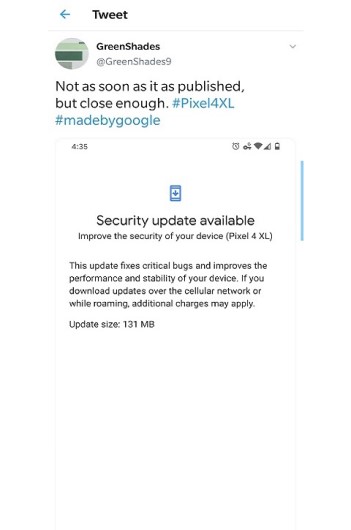 As you see in the image above, Pixel 4 XL users have reported receiving the Android 11 Beta 1 update. Though this surprise is not for all of them, some seem to be fortunate to have received the update. The real doubt is whether the update was pushed out accidentally or intentionally. Some reports have also conveyed that Google is planning to release the final beta build before the launch of a stable Android 11 update for eligible devices. Another noteworthy point is that the update size is different for all the Pixel 4 XL devices that received the update. 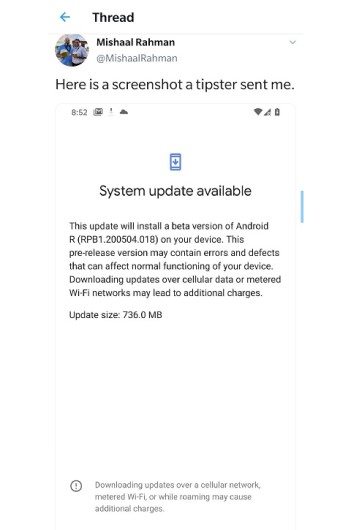 Where one user shared the screenshot of the update image with the package size being slightly over 100 MB, another user receives the OS update of over 700 MB. All that we can do now is wait for an official confirmation of the Android 11 Beta 1 update release.

Rest assured, we post related content and updates every day, so stay tuned. Also, share this article with all those who are waiting for the update!

Warning! This wallpaper will crash your phone!

Vivo X50 Series with Gimbal Camera System: All you need to know

Vivo X50 Series with Gimbal Camera System: All you need to know