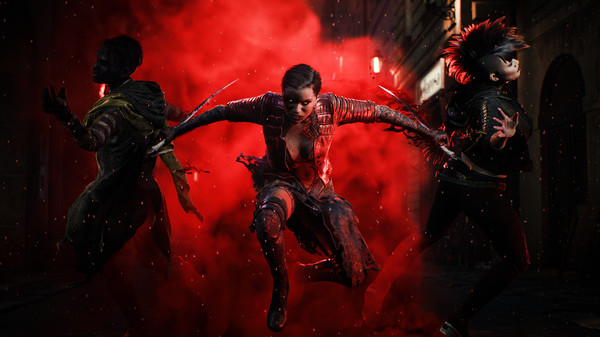 Well, as many players are interested to know the official release date of the free-to-play Battle Royale game, Bloodhunt, we will be sharing everything we know about its release. Continue reading for more info.

With the ongoing craze of Battle-royale games like Pubg and Fortnite, Sharkmob AB decided that it’s their time to be joining the big players of this genre. Their creation, Bloodhunt has been in the Beta as well as in the Alpha phase but players were needed to sign an NDA so that they won’t be leaking any information about the game.

But now, Bloodhunt has been released via Early Access for all players to try and get familiar with the gameplay before actually being released. So, for anyone who didn’t know, BloodHunt is based on White Wolf Publishing’s 1991 tabletop role-playing game Vampire: The Masquerade, and is part of the larger World of Darkness series. Interested to know when the game will be officially released? Continue reading.

Bloodhunt is a PC-exclusive game that is currently in early access. If you wish to play the game, you can just head over to Steam and download the game. It features really smooth mechanics and gameplay which is currently attracting a lot of players. However, with the early access release hitting Steam on 7th Sept, many players did report about the game being unplayable due to several bugs and issues.

So, if you don’t want all the hassle of trying to play a game that is not fully optimized for commercial release, then all you can do is wait for game devs to release the full game officially. As of now, we don’t have information about the official full game release of Bloodhunt, but in the near future, more details will be revealed.

We will be updating this article accordingly when information is leaked or officially confirmed. So, for more gaming-related news, make sure to follow Android Gram.

Are you a console player and want the same experience of a console while playing Bloodhunt? Well, lucky for you, the devs have officially confirmed that they will be adding support for Playstation controllers in Bloodhunt along with improvement in gamepad support. They are making this a priority as per the statement so, expect a new update featuring support for the PlayStation controller soon.