Demon Slayer Hinokami Chronicles next DLC Release date: When is it coming out? 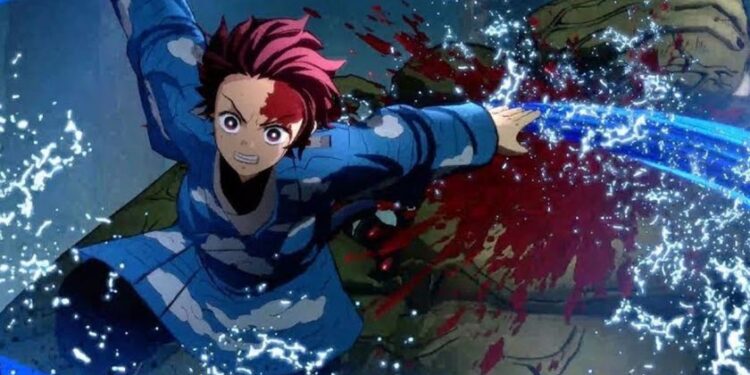 Looking for release dates of the upcoming Demon Slayer: Hinokami Chronicles DLC? Well, as of December 9, the developers have already released two DLC packs for the game. CyberConnect2 and Sega had announced three free DLC packs for the game – each DLC consists of two playable characters. If you have played anime games like Naruto Storm before, you would know how things work out. Many fans felt that Demon Slayer was released quite early – the developers could have waited for the anime to progress more. Demon Slayer Hinokami Chronicles was released when the anime (tv series) hit Season 2.

Due to the early release, the game doesn’t include most of the exciting characters as of now. However, we may see the release of DLCs (mostly, paid) and additional story modes for the game as the anime progresses. Demon Slayer has already received two of the three free DLCs as promised. The first DLC included two popular characters- Rui and Akaza- and was released on November 4, 2021. DLC Pack 1 was followed by DLC Pack 2, which included two new characters- Yahaba and Susamaru- and a 60 FPS mode. Both DLC packs added new online missions.

DLC Pack 2 for Demon Slayer Hinokami Chronicles was released on November 24, 2021. Fans are now extremely excited for the final DLC pack release. Who will the DLC Pack 3 include? Will it be Tengen Uzui and Daki? Keep reading to know more about the upcoming DLC pack.

Demon Slayer Hinokami Chronicles Tengen DLC Release date: When is it coming out?

According to a few data-mine reports by a Twitter user, Tengen Uzui and Daki may be making their entrance to the game soon. The data-mine reports showed leaked internal code which showcased Tengen’s moves. However, the tweet was deleted later on. Here are the screenshots – 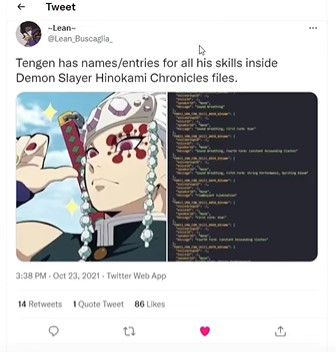 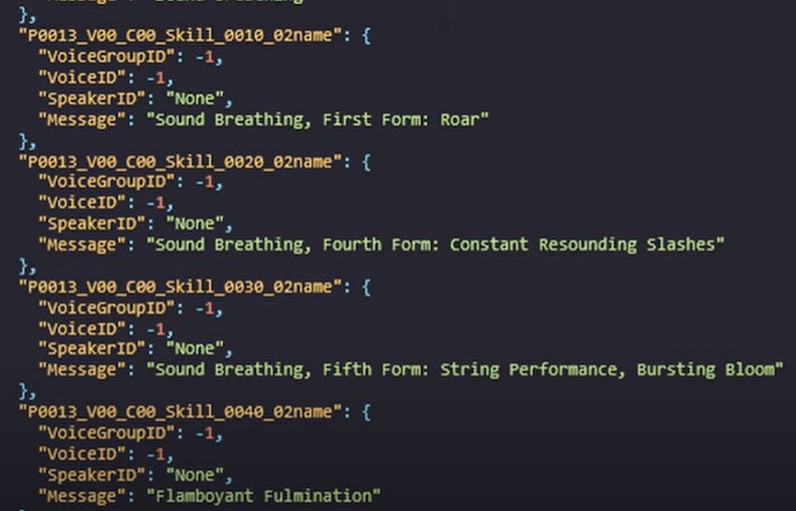 However, another tweet reveals the possible complete roster of Demon Slayer Hinokami Chronicles and suggests that Tengen and Daki may not be included as free DLC. They may be added to the game later on as a paid DLC (after the last free DLC is released). We saw the release of the second free DLC within 20 days of the first. Considering that, we can expect the next and the last free DLC of the game to release anytime in December 2021. Like most anime games, Demon Slayer’s storyline and gameplay will be kept alive and fresh with paid DLCs as the anime advances.

Pokemon Brilliant Diamond & Shining Pearl (BDSP): How to get all evolution items?

Secret Note 19 in Stardew Valley: What does it mean & How to use it?

Secret Note 19 in Stardew Valley: What does it mean & How to use it?