Released in 2014 for Windows PC, Xbox, and PS, Goat Simulator is a third-person perspective action video game developed and published by Coffee Stain Studios. The goal of the game is to play as a goat and wreak havoc in the city. The multiple power-up choices at the beginning make you an all-powerful, sentient goat looking to smash things. Interesting, right? The game does not have much to offer in terms of a ‘game’ but will you have fun while playing Goat Simulator? Undoubtedly. You will spend more time flying across the map with your jet pack than you will be smashing things. So does Goat Simulator have a multiplayer mode? This article will let you know everything you need about Goat Simulator and its multiplayer mode. 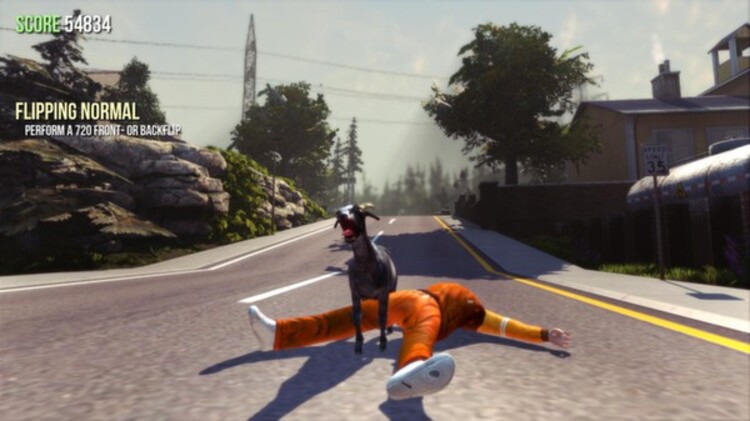 1) Connect a keyboard/controller to your system.
2) Make sure the system recognizes the controller/keyboard.
3) Once in the main menu of the game, go to a custom game. At the bottom, you will see the keyboard symbol.
4) Press the start/enter assigned key on your second keyboard/controller and make sure the game recognizes it.
5) Select the power-ups for all the teammates and enjoy the game together.

Will there be an online multiplayer?

We hope this article helped you to know about the multiplayer game mode in Goat Simulator and how to enter it. Are you wondering what the crown means in Escape from Tarkov? Read the article on Android Gram to know more about it. Happy Gaming.