Does NBA 2K23 have crossplay between Xbox & PC? 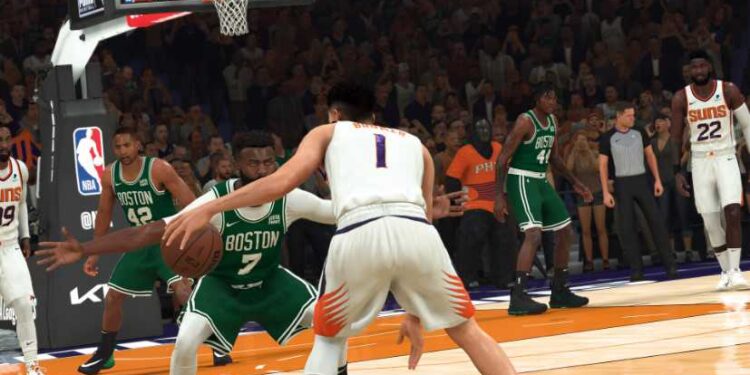 With the initial release date of 8 September 2022, a new title has made its mark on the legendary 2K series of NBA. NBA 2K23 is now available on Microsoft Windows, macOS, Nintendo Switch, PlayStation 5, PlayStation 4, Xbox Series X/S, and Xbox One. However, with the initial release of the game, players have started to wonder whether the game supports crossplay between Xbox & PC. So, does NBA 2K23 have crossplay between Xbox & PC? Will you be able to play with your friend on an Xbox console while you are playing the game from a PC? In this article, we will be addressing all these queries in detail. Therefore, go through the end of the article to get the answer to all your questions.

Does NBA 2K23 have crossplay between Xbox & PC?

Crossplay is one of the many blessings that the modern gaming era has given to gamers. Crossplay unlocks the possibility of players coming together and enjoying the same game at the same time without any constraints from playing on different platforms. There are many games in the sports video game genre that support crossplay. Even though many games do not support crossplay due to different reasons, some games also have special modes for crossplay support too.

Unfortunately, NBA 2k23 does not support crossplay. In the official NBA 2K FAQ page for NBA 2K23, it is mentioned clearly that NBA 2K23 won’t be having any kind of crossplay support. The page addresses a query by simply saying “There will not be crossplay between different platforms.” This can be a bummer for the players who were hoping to play with their friends across different platforms. Sadly, the future of crossplay in the NBA 2K series seems dull as of now.

However, the developers, Visual Concepts, and the publisher 2K may have their own reasons to exclude the game from the crossplay feature. The only compensation you can get as of now is you can have cross-progression support for MyTeam with different consoles. This means, when playing from different generations of PlayStation and Xbox, you can share your progress across different gen devices. So, this was all regarding the crossplay support of NBA 2K23 between Xbox & PC. To read more interesting articles on the latest updates in the world of tech and gaming, do not forget to visit Androidgram.

Best games like Age of Empires 4 for Mac devices

Best games like Age of Empires 4 for Mac devices