Are you having trouble with the Doki Doki Literature Club Plus achievement completion? Here's more about it. 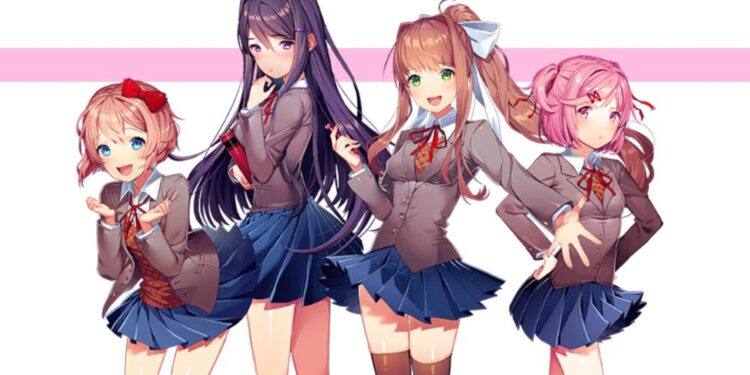 Doki Doki Literature Club is a free-to-play visual novel game. Many users are not receiving the steam 100% achievement badge upon completion of all achievements. Click to know more.

The Doki Doki Literature Club game belongs to the visual novel genre, with a backdrop that transports you to your high school. As the main character, you get to woo four beautiful girls in various scenes of your choice. Ah, high school! The back story is that you join this literature club at the invitation of your childhood friend. Beyond this, various decisions made by you will unlock scenes with each of the girls. It is a cute, fun, and engaging game. Who wouldn’t like that? The game has a premium version called the Doki Doki Literature Club Plus. It unlocks a host of features like playlists, backgrounds, and many more. What’s more, you get a list of achievements to complete too.

Completing a story-based game gives a sense of satisfaction to every true gamer out there. Visual Novels create the need to complete it as soon as possible, as the pleasure is immense. The Doki Doki Literature Club Plus version has many achievements alongside the game, which you can complete and get a 100% achievement badge from Steam. Sounds exciting, right?

A few hard-core players who already completed all the listed achievements in the game haven’t received the said badge on their Steam account. Heartbreaking when you put so much effort into a thing and don’t receive the promised reward.

A Doki Doki fan posted on the Steam Community about his dismay regarding the same: as expected, a round of replies from other fans came in with the same issue. They tried everything they could to fix the glitch, but it wasn’t successful. Considering the huge list of achievements, redoing everything will be a huge headache.

The developer company, Serenity Forge, acknowledged the issue and said they are working to fix this as soon as possible. In the meantime, if players haven’t reported this particular bug or any bug, as a matter of fact, they can do so from here.

We request the fans to have some patience as the developers are already working on it. You will receive your 100% achievement badge soon. Till then, keep playing and enjoying!

Home Depot app not working : How to fix it ?