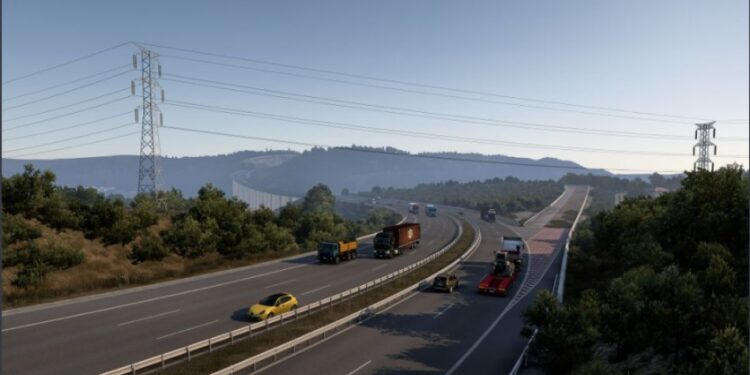 What can be more fun than driving cars? Driving trucks! And, here’s a simulator for you to enjoy the same. Ever looked at those trucks speeding across you on the highway and wondered how it feels to drive such a huge vehicle? The Euro Truck Simulator 2 is a game that will transfer you to the European highways where you get to deliver important cargo across huge distances. Isn’t that fascinating? Lovers of traveling, you are welcome. This game is designed to test your endurance, skills, and speed while you get to travel dozens of cities across Europe.

The game was running a beta version 1.41. Lots of bugs and reports were made, and the developers considered all or most of them. Hence, the 1.41 update is now here!

The new update was a much-anticipated one because of this mode. As the name suggests, Convoy Multiplayer Mode allows you to create your own private game of Euro Truck Simulator 2 with or without passwords where you and your friends can have fun without any interruption from strangers. The mode has AI-based traffic, weather, and time and allows you to take the same job as other players.

The Convoy Multiplayer mode will allow up to 8 players per session. This limit will be increased in the future. Since it is in a newborn state as of now, the developers wanted to keep it simple. The host of such Euro Truck Simulator 2 sessions will be considered as admins for the sessions too. Hence, they will have the power to regulate the sessions as per need. As admins, they can change the game’s settings and kick out a player who acts troublesome.

As a player of Euro Truck Simulator 2, you can also filter, search and join sessions created by your friends or other truckers. Get ready to have some multiplayer fun in trucks!

Mods are basically modification software additions that may alter the look and feel of the original game and make it new and interesting. Fans or players can make mods of the game. A game may or may not support the inclusion of a mod in its system.

Unfortunately, Euro Truck Simulator 2 doesn’t support the inclusion of a mod in the Convoy Multiplayer Mode. But, the developers will be considering mod support for the mode soon. Since it is still in its initial release, the developers are still skeptical about the smooth performance of the game.

Fans need not worry as there will be mod support in the game very soon!