Interested in completing a Nuzlocke challenge in Pokemon Legends Arceus and holding an impressive record? The much-anticipated and first Pokemon game of 2022 is almost here, guys! And, here’s a guide that will help you complete a Nuzlocke in the unique world of Arceus. Keep reading!

What is a Nuzlocke?

If you are a beginner with Pokemon games and Pokemon Legends Arceus is where you would like to start, you may be unfamiliar with the popular term’s meaning. As it happens, Nuzlocke denotes a challenge run where you complete a Pokemon game playthrough as soon as you can. Well, it isn’t that easy! You will also have to abide by a lot of rules, which obviously will make it a lot harder. These rules aren’t official – the Nuzlocke challenge itself is not something GameFreak has ever endorsed. You can also do a Nuzlocke challenge with rules of your own. However, there are a few basic rules which you need to keep in mind to complete a people-approved Nuzlocke.

You will have to:
1) Nickname all your Pokemon.
2) Capture the first Pokemon you encounter on each route or a new place.
3) If a Pokemon faints, you can no longer use it on your team – either boxed or released.
Keeping all the above in mind, let’s get deeper into the process. 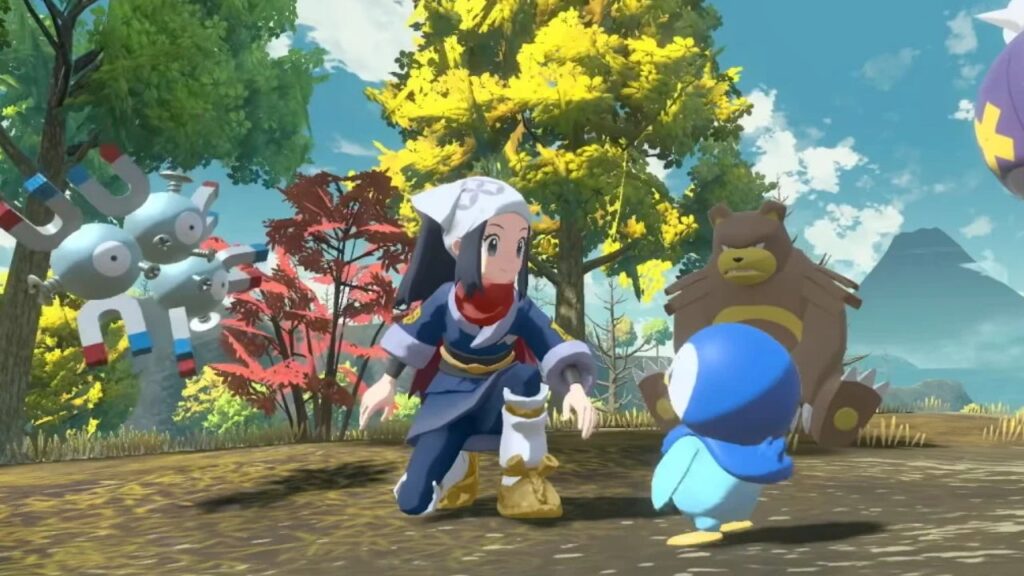 How to complete a Nuzlocke challenge in Pokemon Legends Arceus?

The thing about the Hisui region map in this game is there are no routes, unlike other Pokemon games. aDrive, a popular Pokemon content creator on Youtube, suggests modifying “route” to “named locations” to tackle the anomaly. When you open the map in-game, you will see various named locations marked across it. Instead of thinking routes, catch the first Pokemon you see in a named location when you visit it. However, catching the first Pokemon you see in a location isn’t going to be a cakewalk either. And if you are a beginner with Pokemon games, it’s almost extremely difficult to do so. In such cases, don’t be so hard on yourself – you can always modify the rules! However, make sure you don’t make them too easy.

Here’s how you can modify the Nuzlocke challenge rules in order to suit Pokemon Legends Arceus’s harsh environments:
1) Catch one (any) Pokemon in every named location on the map.
2) Catch one Alpha Pokemon in each open area (5) on the map.

Also, you will need to keep in mind the ways you can lose a run:
1) If your Pokemon team loses a fight
2) If your trainer character faints
On facing any of the above, you will need to abort the present challenge run and start over again.

How to modify rules to make the Nuzlocke even more challenging?

If you are a veteran and looking for ways to make the Nuzlocke challenge harder to complete, you can always choose to catch the first Pokemon you encounter in a named location. Also, you can add in a level cap – the maximum level a Pokemon of your team can reach while participating in the Nuzlocke.