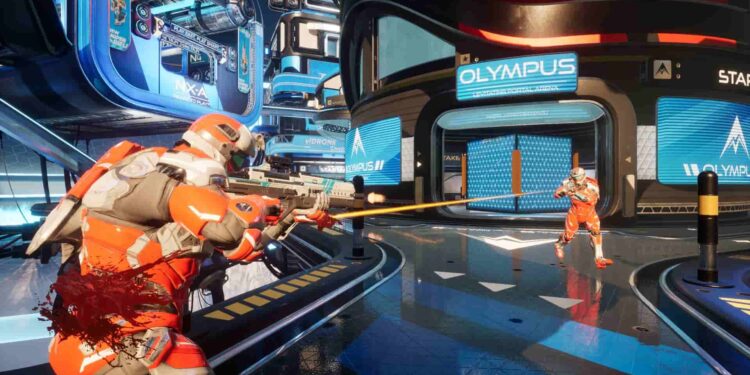 Wondering why you can’t switch to other powerful weapons in Splitgate? Well, in this article, we will be sharing all the details with you about it. Here’s everything you need to know.

For an FPS game, switching through guns of choice is rather a mandatory feature. However, Splitgate seems to be taking a different path than other FPS giants. In the game, players are given two common guns to switch from at the start of every round, and each game mode features a different loadout of guns. So, now you might be wondering what’s the use of having a rack full of guns if players can’t even access them. Well, actually you can. 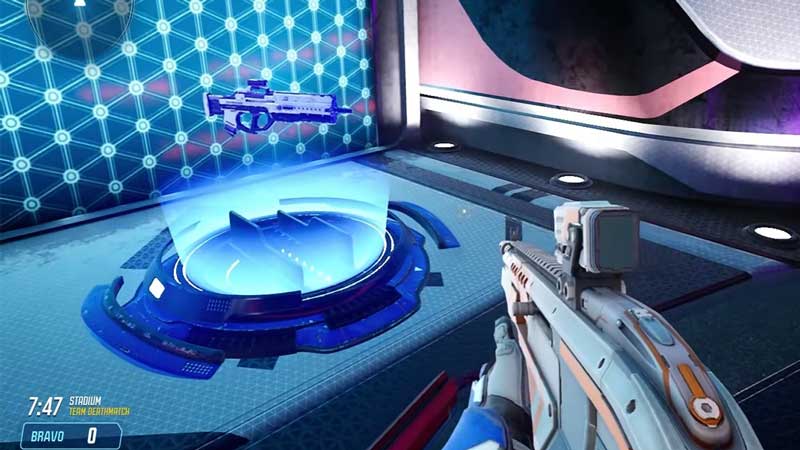 Do you want to know how to get the infamous Rainbow aka Psychedelic skin in Splitgate? Well, if you do, consider visiting this article.

Players can switch between various guns in the game by looking for them during a split arena fight. Instead of giving players the freedom to choose guns before the start of the round, Splitgate has a unique mechanic where players need to find powerful weapons that spawn all over the map they are playing. Looking for weapons on any map is quite easy as the weapons are highlighted with a glow. They will also be floating.

So, if you want to switch your weapons, all you need to do is walk up to the spawned weapon and press F to pick it up. However, a very big downside to this is that these weapons attract a lot of attention so don’t expect to get one without a proper fight with your enemy. Also, if you die with the new weapon, it will be replaced with the default weapon that was available at the start of the round, once you respawn. However, you can find that weapon again near the area where you died if the enemy team has not picked it up.

Naraka Bladepoint not working, launching or start : Fix by these methods

Naraka Bladepoint not working, launching or start : Fix by these methods