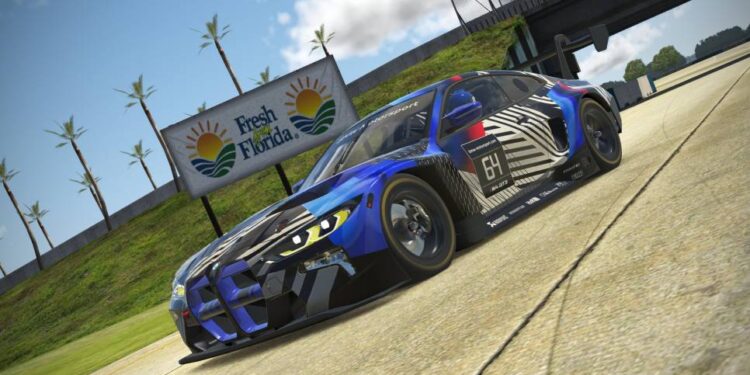 Racing video games are evergreen. We grew up playing racing games on mobile and PC. Racing games create a healthy sense of competitiveness and also is an enjoyable pastime. iRacing is one such sim racing game. iRacing organizes and hosts online racing on virtual tracks all around the world. The game utilizes all the latest technologies to reproduce an always expanding set of virtual cars and tracks suited to heaving racing. Sim racers worldwide can compete on iRacing, and you can be a viewer of major virtual racing events like this.

In a world where virtuality is the new cool and where the industry of eSports is always expanding, a game like iRacing is rightly popular. Giving out 500,000 dollars worth of cash prizes every year, it has become a pioneer in the world of racing games.

So, get iRacing today and start racing your way towards victory and some pretty amazing cash prizes!

The team has announced many new content and features on the occasion of iRacing’s inaugural 4 Hours of Charlotte Benefiting the National MS Society. Here are the details.

iRacing will now have a rainy weather

A fully realistic rain model is under development for the game. As per iRacing’s executive producer, Greg Hill’s statement, the model will be functional and ready for public release by the end of 2021.

Get ready for the next European road course in iRacing, the Hungaroring, host of Sunday’s Hungarian Grand Prix. The Grand Prix layout is stretched across 2.722 miles and has 14 adrenaline-rushing turns. The track is built in a valley.

Soon YOU will be able to “take it easy into turn 1” just like the #HungarianGP! pic.twitter.com/WgeEerhS9t

The game’s executives have very recently started showing interest in classic stock car racing venues. Hence, the Hickory Motor Speedway is all set to enter the world of iRacing in September. Important facts about the new Speedway in reality include:

Mount Washington Auto Road is a part of the early access

Last year we decided to try something outside of our comfort zone: create the Mt. Washington Hillclimb in @iRacing. Although it was Spring at the time, Winter conditions at the mountain had persisted. GM Toby Reichert sent us a pic of the Auto Road. Our visit would have to wait.. pic.twitter.com/ypmS1vClca