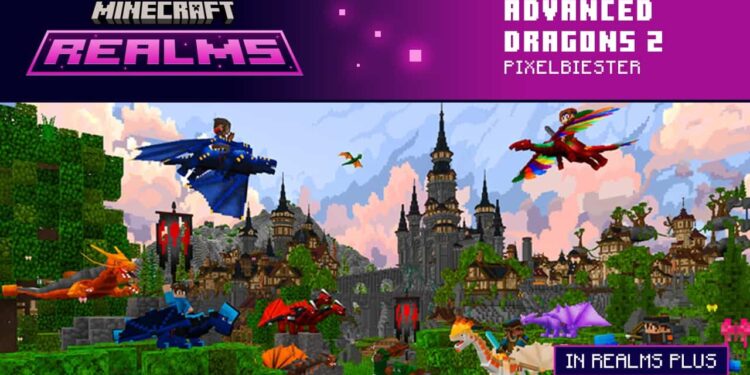 Minecraft is a popular sandbox game that is available to play on a variety of platforms including PC, PlayStation, Xbox, Nintendo Switch, Android, and iOS. Well, this means that the game is easily accessible and players from all over the world are experiencing it. However, PS4 players are facing issues with the game as the not enough space error has been ruining their experience. So, in this article, we will be sharing all the details on how to fix the Minecraft not enough space error on PS4. Here’s everything you need to know.

Being a sandbox game, Minecraft helps players unleash their creative side with its procedurally created worlds and adventures. Even after a decade from its official release, the game still stands right on top in terms of popularity and player base in 2022. Well, this doesn’t mean that Minecraft is a well-polished game. It has a history of featuring tons of in-game bugs and glitches that many are frustrated about. As per recent reports, many players are unable to download new maps and new worlds in Minecraft while playing on PS4 as the game throws the not enough space error despite having plenty of space available. So, is there a potential fix for this issue? Continue reading to know more.

Luckily, this error has been acknowledged by the devs, Mojang but there is no ETA on when an update is going to be released with a fix. Meanwhile, if you are facing this error, here is a potential fix-

We apologize for the inconvenience, but this is currently a known issue.

The team is currently working on a fix that should fix the issue as soon as possible.

Thank you for your patience while we work on the solution!

According to various sources, reinstalling Minecraft and keeping the saved files have proven to fix the problem for the time being. So, all you need to do is uninstall Minecraft from your PS4 and then install it again. This is a really simple workaround that many have tried so we think it is worth a shot too. If the error persists, then try contacting Minecraft support to share your concern. Visit here to access the official Minecraft Support page.

Well, now you know everything about the Minecraft not enough space error on PS4 and how to fix it. For more such guides on Minecraft and information on newly released titles, make sure to stay tuned with us on AndroidGram.