Naraka Bladepoint Season 4 Release Date: When is it coming out?

When is the Season 4 of Naraka Bladepoint coming out and more details.

The Battle Royale fighting game Naraka Bladepoint is an action-combat game filled with martial arts and adventure. It is developed by 24 entertainment, which is a video game developing company based in China. The fans showed huge appreciation for its previous 2 seasons on steam and other platforms. Season 3 is set to come out on Feb 14th with a new hero called Justina Gu.

Just like another battle royale, you take a character and select a place where you want to start the game. Much like the Fallout 76 spawn idea, you can figure out where other people are spawning. This helps with you doing hot drops like other battle royale games (PUBG). Another difference is that the loot or the resources are already marked on the map. This changes the way you travel in the game and helps you not go looking for loot. The loots contain all kinds of weapons and accessories for both short and long-range.

The money in the game can be used to buy chests that further contain upgrades, health, resistance, attack, and much more features. But the goal remains the same to be the last person alive. The game is available in 3 different editions on platforms. All the versions have the hero character Yoto Hime only for a limited period of time.

Naraka Bladepoint Season 3 is called Echelon and it will be adding in another set of new heroes. Justina Gu is the newest hero announced yet. Her tagline is ‘Winter’s Grace’ in the trailer. Along with the hero, a lot of in-game changes and features are expected to be added. A rest score system is also rumored to be added in the game which will display death score, survival score, and hero score as well.

Wuchen was also added as a new hero back in January 2022 who also performs magic in the trailer while Viper Ning and Justina GU are in a battle. 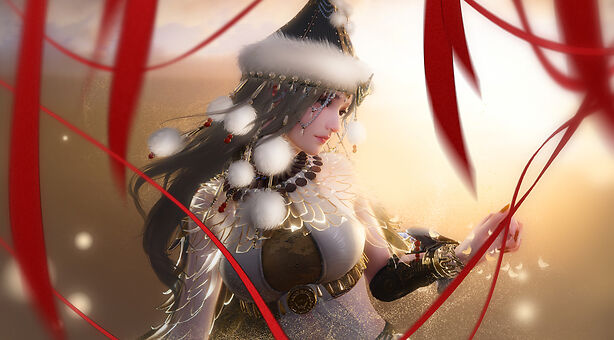 Season 2 was also a huge hit for the creators as the game had an amazing crossover with Bruce Lee. The new season is also expected to have some crossovers although nothing huge has been announced yet. The announced ones are Sword, Fairy crossover, Fall guys crossover, etc.

It is also believed that the Souljade system, one of the players’ favorite is set to be refurbished. This attracts old players to visit the game again and also new players to experience the same.

Season 4 gives hope to a lot more additions and new exciting characters. The creators of the game have been loyal to their promise by releasing a new season every 3 months. The first edition was out in August 2021. After the expected 3 months gap season 2 was out in November. And since season 3 has been already announced for its release on February 14th, the fourth season is expected to return right around May 2022. There is no official announcement yet but after looking at the response, it can surely drop.

Is Onlyfans not available on iPhone & Android?