by AG Staff
in Anime, News
0 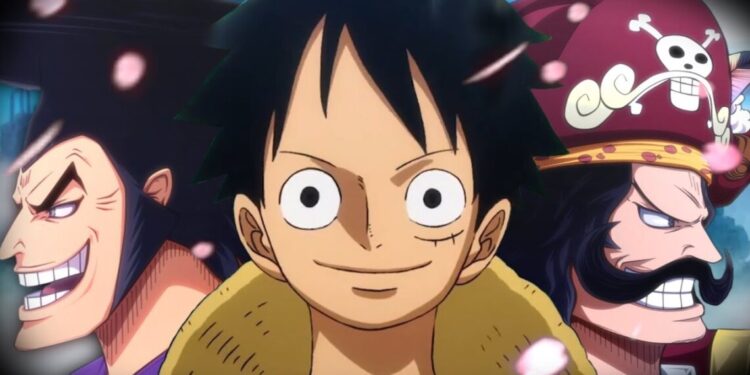 One Piece Chapter 1016 is releasing this weekend on Sunday, and we have just got a hand on some confirmed spoilers that highlight some interesting fights coming in the panels. So, without any ado, let’s look at the recap of the last chapter and connect it with the spoilers.

In the chapter, Queen and Perospero corner Chopper. When Queen tries to finish Straw Hats’ doctor, Sanji arrives there and kicks him with Diable Jambe: Rotisserie to spins his neck around the floor and throw him upon Persopero, who was launching a volley of arrows from behind.

Cut to the attic, Kinemon attempts to stop Kaido by stabbing his leg, but Kaido pierces a broken sword through his chest and moves ahead. On the other hand,  Momonosuke reveals that the voice he heard was none other than Luffy’s. Then he takes frog mary to announce that Luffy is still alive and will make a comeback soon to defeat Kaido. Upon hearing this, all allies feel rejuvenated and regain their will to fight, and then Kaido finally corners Momo and Shinobu. But, the duo escapes using Shinobu’s devil fruit and falls into the sea.

Coming to the Big Mom, Law asks Kid to form a temporary alliance to defeat the Yonko. He also compliments Luffy’s determination to beat Kaido. In the end panel, Yamato finally catches up to Kaido and declares a fight.

According to the confirmed leaks, the title of the chapter is “Here Tama !!”. It is justified by a panel where Usopp catches Boa Huang and tells Tama to speak to the entire island for the Marys.

CP0 makes their occasional appearance and calculates the fighting numbers after the changes of sides of Pleasures and Waiters. According to them, there are 20,000 on the sides of Kaido, while the alliance has only 7,000 warriors.

It looks like we will see a quick end of this fight in the chapter as the spoilers say that Nami wins the fight and it is because of Zeus.

From chapter 1016, we are going to see daughter vs father. According to the spoilers, Yamato expresses her will to sail the sea with Luffy after defeating her father, Kaido. Upon hearing this, Yonko says, “Don’t think I’m going to hold back, Yamato”.

According to the leaked spoilers, One Piece Chapter 1017 will be on one week break. So, we will have to wait for the full-fledged fight between Yamato and Kaido.