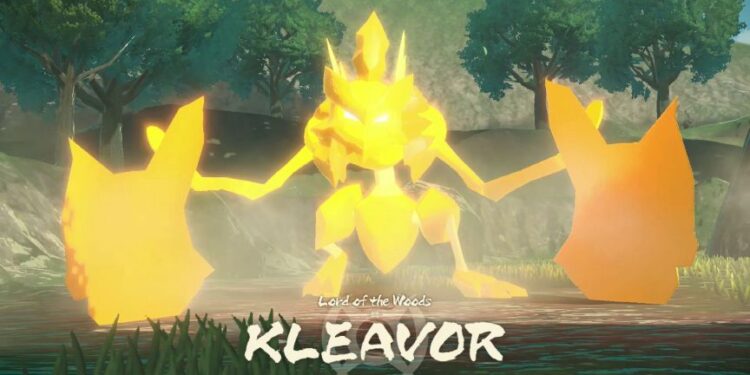 Wondering how you can beat a Noble Kleavor in Pokemon Legends Arceus? Well, it’s not going to be simple. However, it is the first boss you will encounter in Pokemon Legends Arceus. Noble Pokemons are a new addition to the world of Pokemons. Game Freak’s bold decision to add a new kind of lore in a Pokemon title has turned out to be a huge success! Fans all over the world are extremely happy with the way Pokemon Legends Arceus turned out. Although the main campaign takes a bit over 20 hours to complete [if you are doing a challenge run], you will find several side quests (requests) to help you explore Hisui more extensively. We recommend going slow and enjoying every bit of the game! As far as Noble Pokemons are concerned, it may take you more than one try to defeat them. Keep reading to know Noble Klevor’s location and how to defeat it.

What is a Noble Kleavor?

You can catch a normal (or an Alpha) Scyther, harvest some Black Augurite, and obtain a normal (or an Alpha) Kleavor. However, you cannot catch a Noble Kleavor in Pokemon Legends Arceus. As a matter of fact, you cannot catch any Noble Pokemons. You can only defeat them to complete campaign missions related to them. So, if you are following the campaign thoroughly, you will encounter Lian and Professor Laventon, who will help you get ready for the boss battle with Noble Kleavor in Pokemon Legends Arceus. All of this will happen as a part of Main Mission 7 “The Frenzy of the Lord of the Woods“.

Noble Kleavor, like its normal and Alpha form, is a Bug and Rock-type Pokemon. It displays weakness towards Rock-, Steel-, and Water-type moves. Customize your Pokemon team of six accordingly. Once you finish crafting Teatime Balls from Kleavor’s favorite food and defeat Irida, you will receive balms and then start your venture. Noble Kleavor will be waiting for you at the center of Obsidian Fieldlands deep in the woods! 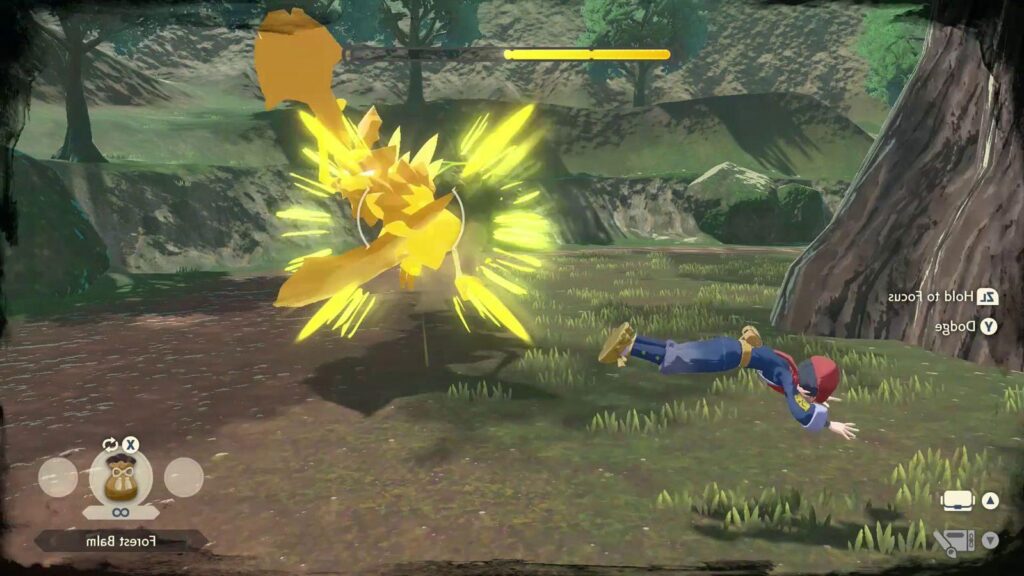 How to defeat a Noble Kleavor in Pokemon Legends Arceus?

You just need to throw as many Forest Balms at it as possible! While doing so, you will need to dodge its attacks by pressing the Y button on your Nintendo Switch. There will be a “Frenzy” meter on top of Kleavor; pay close attention to that. To defeat Kleavor, you will have to keep throwing Forest Balms until the meter depletes completely. Some fans suggest luring Kleavor to hit the tree near the Grand Arena. Once Kleavor runs into a tree, it will be stunned for some time and you will be able to bring out your team to battle and weaken it even further. However, you can also choose to approach Noble Kleavor in an entirely passive manner – just keep throwing balms and dodging attacks!