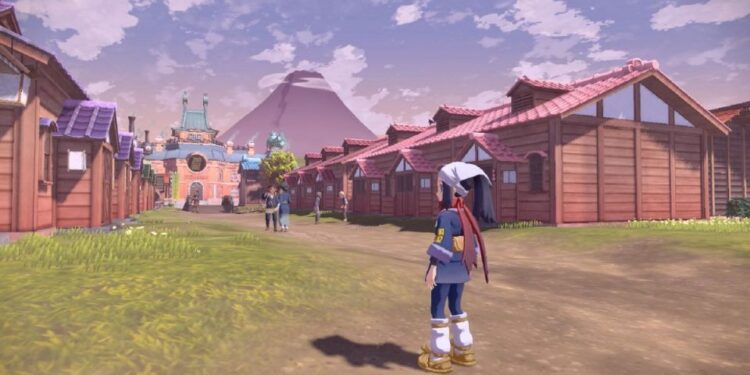 Here’s another leaked information regarding Pokemon Legends Arceus: we will be seeing a Hisuian Sneasel and its evolution! Game Freak and Nintendo tried to keep most details away from fans until the official release happens. However, many fans were able to data-mine their way into the Arceus dictionary way before. But, those leaks were not considered to be official until now.

A Pokemon Legends Arceus copy was leaked three days ahead of its official release. As a result, we came across several Twitch live streams showing off Legends Arceus’s gameplay. While it may have satisfied some Pokemon fans, the leak has definitely triggered a lot of spoiler production. If you are someone who wants to experience Pokemon Legends Arceus without exposing yourself to spoilers from beforehand, we recommend waiting for the official release of the game before reading this article.

What is a Sneasel?

A Sneasel, in its previously discovered form, is a Dark and Ice-type Pokemon. However, in its Hisuian form, it is reportedly a Poison and Fighting-type Pokemon. In Generation IV Pokemon titles, Sneasel evolves into Weavile. However, Legends Arceus is reportedly introducing a lot of bold modifications – expect the unexpected with Game Freak’s newest creation. According to leaks, Sneasel will be evolving into Sneasler – a new Pokemon alert! Like most Hisuian Pokemons we already know about, Sneasel and its evolution may sport a modified appearance more suitable to Hisui’s rough climate.

However, these are all leaks. Although Sneasel and its evolution have featured in multiple live streams and videos, we still cannot confirm “a leak” until the official release of the game happens. Although the leak happened, the officials never addressed the situation. On one side, multiple streamers and content creators are still showcasing leaked content of Legends Arceus. On the other hand, many spoiler tweets regarding Sneasel and other Pokemons and their corresponding Twitter accounts were deleted due to unknown reasons. What’s up between the developers and the leakers? Honestly, there’s no clue regarding the same.

Nintendo and The Pokemon Company haven’t yet reacted to the leak situation officially, but it sure seems like they are taking steps internally. Pokemon Legends Arceus will be launching tomorrow, that is, January 28. And, we will not know the exact developments until then.

How to evolve a Hisuian Sneasel in Pokemon Legends Arceus?

Sneasel will reportedly evolve in Sneasler using a Razor Claw. By definition, Razor Claw is a sharp and pointed claw that looks like it can cut through anything. The evolution of a Sneasel into a Weavile in Generation IV Pokemon titles also required Razor Claw. The only difference is that Sneasel may evolve into an exclusive Legend Arceus Pokemon – Sneasler – this time. Here’s how you can evolve a Hisuian Sneasel:
1) Open up your Pokedex menu.
2) Select the Razor Claw icon under Everyday Items and then select Use.
3) Now, select Sneasel’s icon on the right.
4) That’s it. Your Sneasel will now evolve into Sneasler.

Discovery Plus Not Working On Firestick: Fixes

Discovery Plus Not Working On Firestick: Fixes