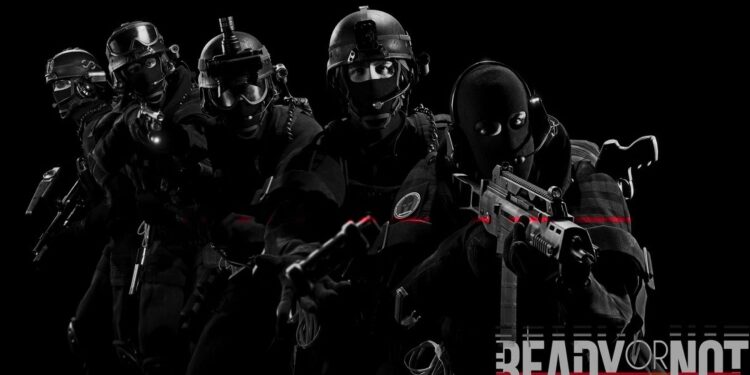 So, Ready or Not has taken the PC landscape by storm. It is quickly rising to the Steam top-seller list. The game is sitting at an Overwhelmingly Positive rating. Furthermore, I didn’t expect this to happen due to the strange circumstances of the release. A forty-dollar price tag didn’t stop anyone from buying the title, even if it’s still in early access. It seems that pricing for quality games no longer matters as much to video game fans. One thing, I’ve been waiting to hear from VOID Interactive is some sort of road map or future plans. And we finally, got that on December 31st. They posted a roadmap on Steam as well as Twitter, and we will be going through the road map and everything around it.

So, one thing to note with the content pipeline post. They say: “In the short run, we’re expecting to release a content update onto the Supporter Alpha sometime in January. And after a period of testing and validation, launch it onto the main Early Access branch for all players.” In simpler words, the developers are planning to add a content update over the Supporter Alpha version of the game in January. This revamped Ready or Not will be released in the future as public early access after thorough testing and validation. If there are a lot of bugs or testing, the release might end up somewhere in early February. 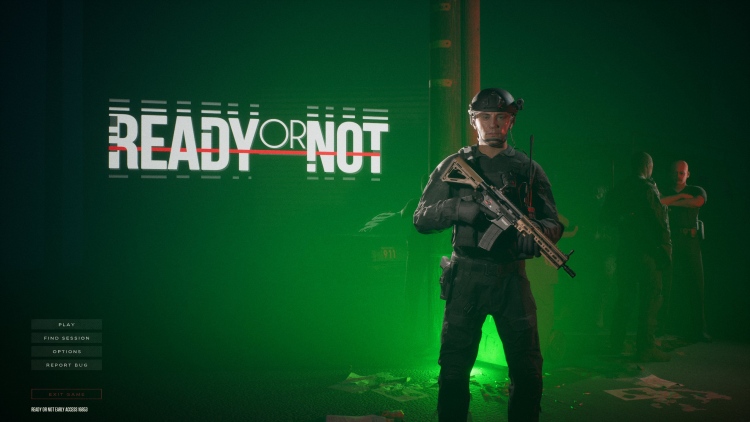 In the first quarter, we’re expecting to see five different game modes added to the existing maps that we already have. So, there will be a Raid on 213 Park Homes, Bomb Defusal is now going to Port Hoken, Hostage Rescue is being added to Caesar’s Car Dealership and the Active shooter and Hostage rescue are being put on Wenderly Hills Hotel. 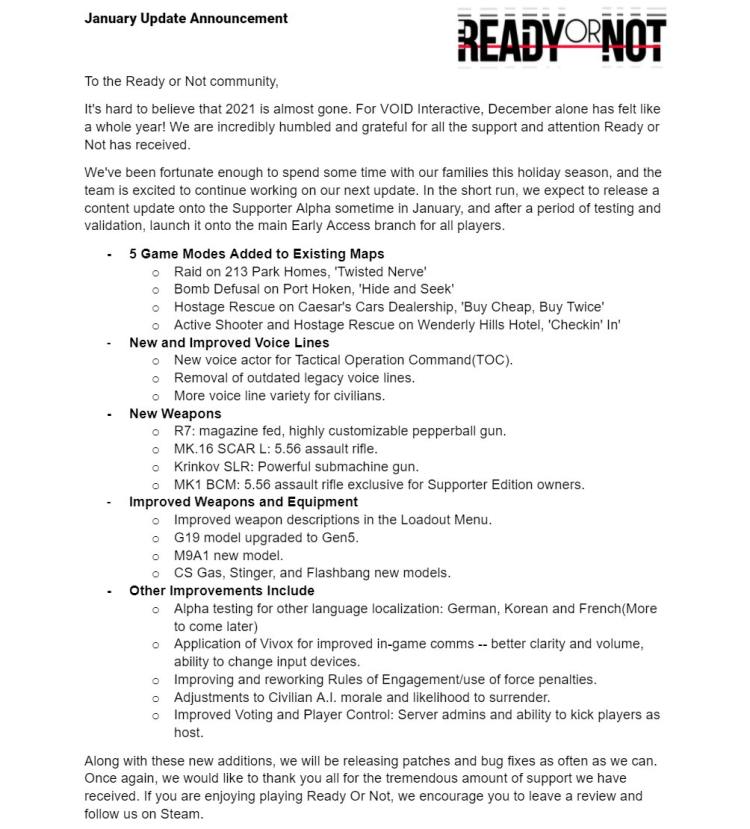