by AG Staff
in Realme, Technology
0 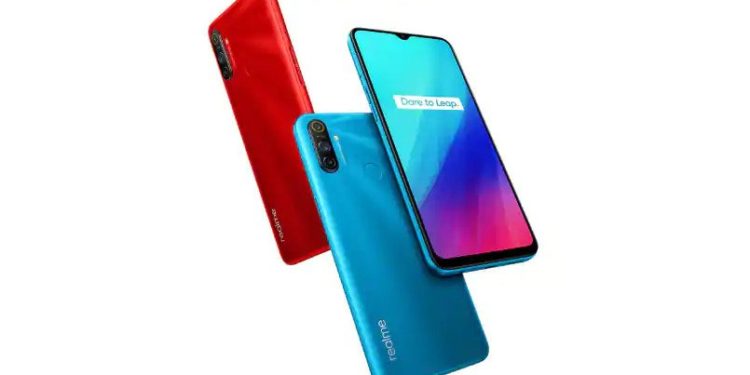 Realme has aggressively launched smartphones and other smart products in its career of last two years. We have seen dozens of smartphones from the OEM in different price segments. Now a device called Realme C11 with codename RMX2185 has passed the NBTC (National Broadcasting and Telecommunications Commission) Thailand certification website.

We can expect the launch of the device pretty soon as the device has also passed some other certifications like SIRIM, EEC, and TKDN, apart from the NBTC. However, there are still no details about the specifications of the smartphone. 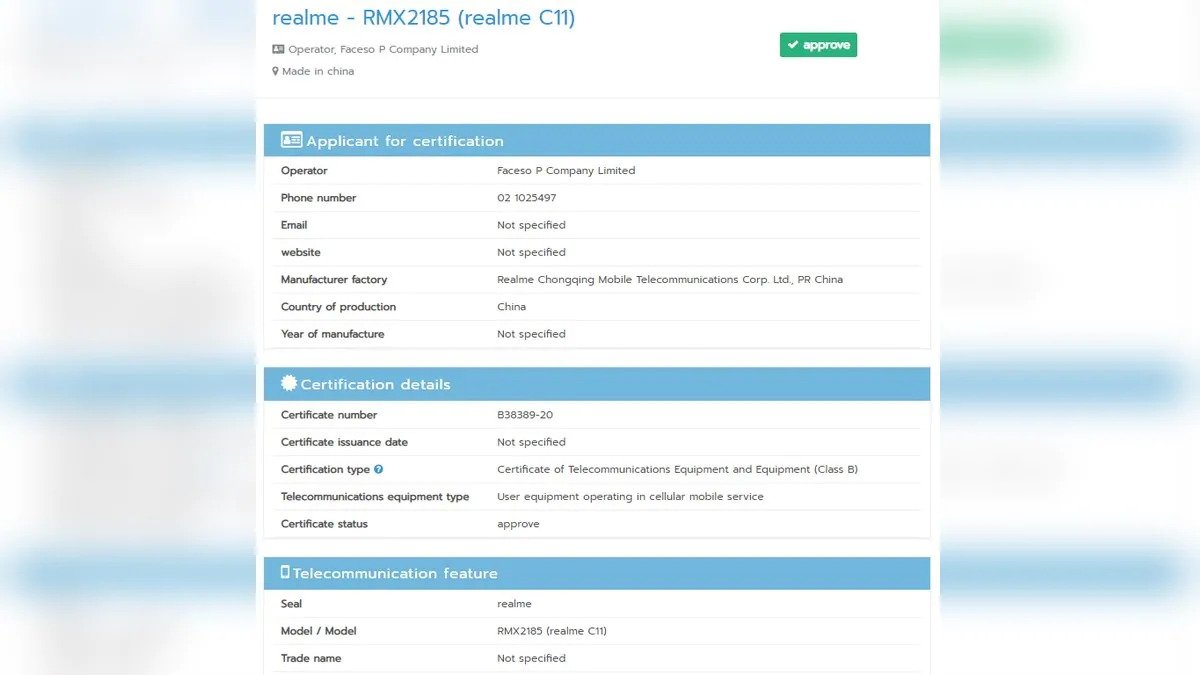 Realme C11 as the name suggests will be a phone under the Realme “C series,” which is a budget focused category of the brand. So, one should expect the mediocre specs from the smartphone. Realme might house the MediaTek Helio chipset on the smartphone and Realme UI based Android 10 should power the device.

Well, as the device has passed a number of certifications, we should expect the launch in the near future. However, Realme has not teased any details about the smartphone yet.

The latest smartphones from the OEM were the Narzo 10 and Narzo 10A, launched about a month ago. Realme C11, if launched in India, would be priced under Rs 10,000.

More leaks and details about the device will surface online in the coming weeks. So, stay tuned for further updates.