Redmi Note 8 Pro might not receive Android 11 update: Here’s what you need to know 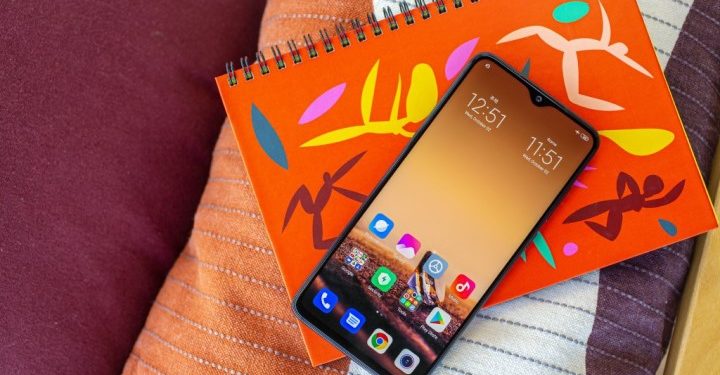 Xiaomi is a Chinese tech brand that is like a celebrity who needs no introduction. From the day of release to the time it took off, the short period turned out to be the success path for the brand. The most popular mobile series from Xiaomi is the Redmi Note series. The series is all set to hit the tenth version soon. Redmi Note 5 Pro was the breaking point that made Xiaomi popular for loading dozens of great features in mobile at an affordable price. This article is about the Android 11 update status for another popular device from this series- Redmi Note 8 Pro.

Redmi Note 8 Pro is a mid-range device from Xiaomi that released in September 2019. The base variant of this smartphone presently costs Rs. 15,999 and is available in Black, Red, Blue, White, Deep Sea Blue, Midnight Blue, Electric Blue, and Twilight Orange colors. 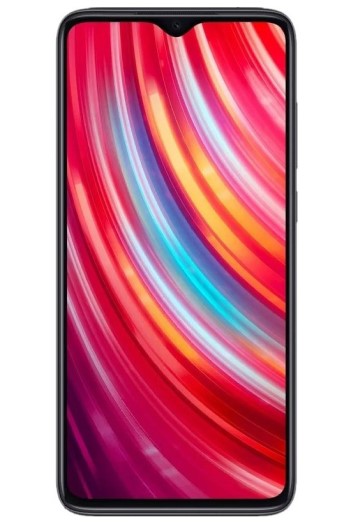 For specifications like these, relaunching the same mobile this year will still make it big in the market! Redmi Note 8 Pro is available in four variants- 64GB 6GB RAM, 128GB 6GB RAM, 128GB 8GB RAM, and 256GB 8GB RAM. This device is powered by Helio G90T chipset which is pretty much the only outdated feature about this device. Redmi Note 8 Pro comes with an Android 9 OS out-of-the-box, which is now upgradable to Android 10 OS. 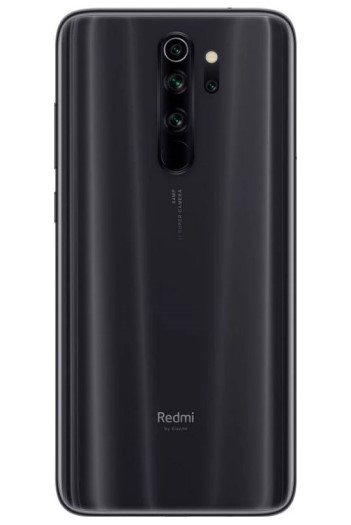 Redmi Note 8 Pro equips a quad-camera setup at the rear end where the primary camera is a generous, 64MP camera, 8MP is for ultra-wide, 2MP for macro, and another 2MP as the depth sensor. The front camera is a 20MP selfie shooter which is still an ideal choice for many devices. Above all, the Note 8 Pro is run by a 4500mAh battery.

Out of all the fantastic features from the Redmi Note 8 Pro, the Redmi smartphones in general come with a terrible policy. For all those who didn’t know, the Redmi device especially of the Note series only promises one major OS update. Though Redmi from Xiaomi is widely reputed due to the device specs, this is a very big flaw that is criticized all across. Seems like Redmi Note 8 Pro is no special as the device looks to be ruled out from receiving the Android 11 update. 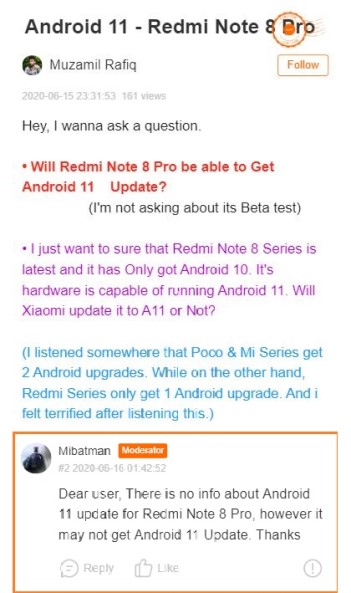 As mentioned, Redmi Note 8 Pro released with Android 9 (Pie). The Android 10 update was pushed out successfully without delay and that seems to be the last one as one of the moderators suggests not to expect Android 11 update.

However, the policy might change because of Redmi K20 and K30 series. These two devices from Redmi are very popular flagship devices and therefore, it is only fair for the brand to push out Android 11 update the devices. And that might lead to the change in what Redmi usually follows for considering other devices too, that are still eligible to boot on the upcoming Android OS.

Rest assured, we will update this article when we receive further information about the Android 11 update for Redmi Note 8 Pro, so stay tuned! Also, share this article with all those who are waiting for the update!

Bitmoji for Games to release soon: Here’s the list of supported games

Bitmoji for Games to release soon: Here's the list of supported games