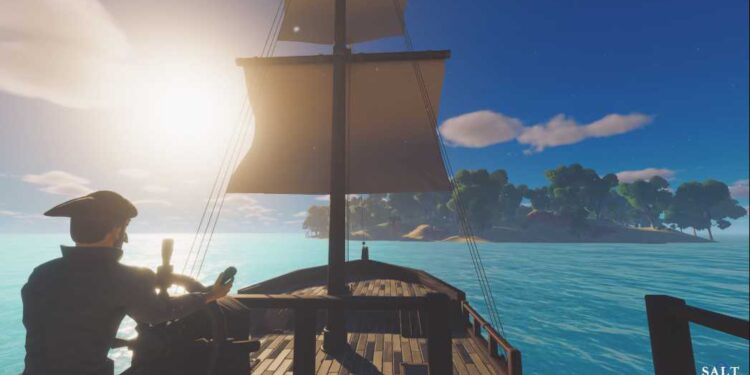 Many players like to enjoy their games on ultrawide screens. However, not many games can provide ultrawide support as it needs a lot of testing and development. When it comes to ultrawide monitors, games like Salt 2: Shores of Gold can be a delight to play as the aesthetics of its setting come out in a much bigger area of the screen. Moreover, with features like the FOV slider, you can customize the field of view in the game at your convenience. But does Salt 2: Shores of Gold has ultrawide support for 21:9 and other ratios? Are there any issues with the ultrawide support and if yes, how are developers trying to address them since the game is still in its early access phase? We will be discussing all this as we move along the way.

Also read: Salt 3 game Release Date: When it will be available?

Having ultrawide support gives a huge advantage to any game. Not only it counts as a feature, but many players, especially those who play games on ultrawide monitors, consider ultrawide support as a dealbreaker while buying a game. So, not only it makes the game more enjoyable but it also creates a direct impact on its sales. Now, let’s have a look at the ultrawide support for Salt 2.

Yes, ultrawide support for Salt 2: Shores of Gold is available and working. If you are trying to play the game on a 21:9 ultrawide screen, it is going to work fine. Although you might encounter some fish eye effects, you can cope with them with the help of the FOV slider provided in the game. You can set the FOV to around 72 to get rid of the fish eye effect. If you are playing the game on an ultrawide monitor, you can also play the game on the default resolution of 16:9 with black bars on the side. It works fine both ways.

The UI of the game is developed in such a way that it scales itself to any resolution of the monitor you put it to. This scaling allows the game to support the 21:9 ratio smoothly. However, monitors with a 32:9 aspect ratio may face some problems. A developer came forward and addressed this issue by saying that they will be improving the ultrawide support on as many resolutions as possible by testing the game on different types of screen ratios.

So, as of now, you can play the game on ultrawide displays. Moreover, with the upcoming updates, the support for ultrawide monitors will become even better. As of now, just have patience and tweak the FOV slider according to your convenience. On this note, we hope you now have every important piece of information in your mind regarding the ultrawide support for Salt 2. Also, for more updates in the world of tech and gaming, do not forget to visit Androidgram.