Wondering what the best underwater creatures in ARK Survival Evolved are? Read more to find out. 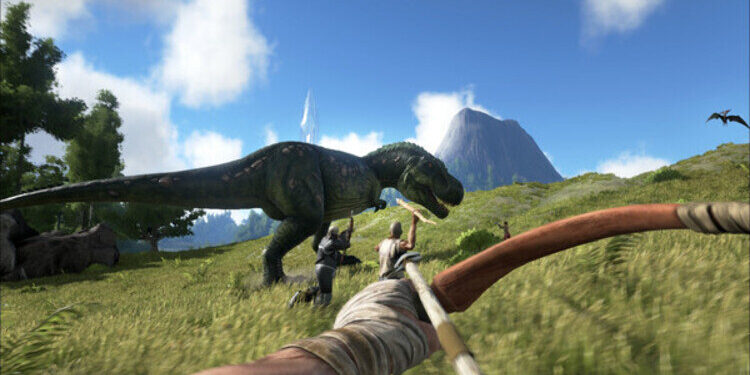 Spending hours building your home, taming dinosaurs, hunting wild creatures are just some of the perks of this vast game. Players love to collect all kinds of lore artifacts and identify different in-game creatures. There is a long list of what players consider the best herbivorous dinosaur or the best carnivorous animal in the game. So even though the land creatures are amazing, the sea creatures make players equally excited. In this list, we will be talking about the top 10 & best sea creatures the game has to offer. Read the article and see if you have encountered all of them. 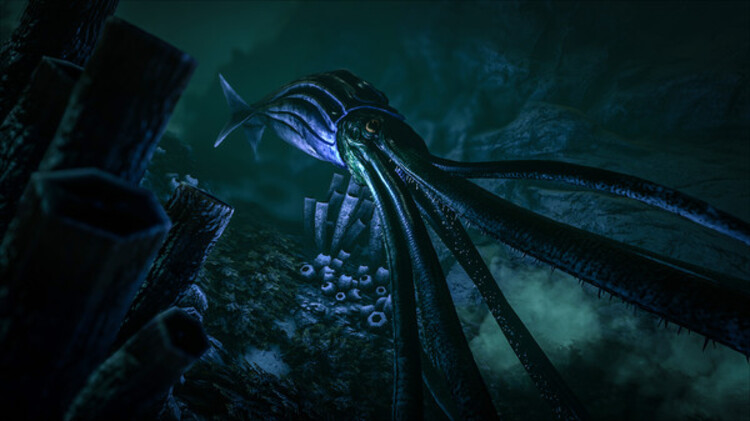 Sea is definitely a more dangerous area to explore in ARK Survival Evolved. The danger comes from the ferocious creatures that dwell in the sea. Imagine swimming peacefully, looking for minerals, and coming face to face with a giant squid. Choosing the best creature is very confusing but with the help of the community, the task becomes easier. The debate for the best creature in the game is as old as the game itself. This is true for sea creatures as well. The top 10 and best sea creatures in the game according to the ARK Survival community is as follows:

10) Diplocaulus – Voted for number 10, this is one of the weakest sea creature you can find. But being easy to knockout and tame make them a little rare to find. You can only mount them underwater and they can be used as a portable oxygen tank.

9) Plesiosaurs – Getting the 9th spot are  the Plesiosaurs. With small tame windows and a large aggro range, these creatures can be a little challenging to tame in ARK Survival Evolved. But with their speed and weight they make a good choice for farming and drop runs.

8) Coelacanth – At the number 8 spot, Coelacanth are the go to fish to harvest fish meat. But they are very important creatures to get the blueprints. When fished with a fishing rod and bait, they yield great blueprints for guns, armors and saddles.

7) Sarcosuchus – Popularly known as Sarco the Croc in ARK Survival Evolved, it gets the number 7 spot on the list. Easy to be found and tamed, this makes it a great early game sea exploration choice. Boasting high speed and damage with an instant stamina recovery makes it an ideal long range travel partner. With its iconic death roll attack, its a popular choice for a lot of players.

6) Mosasaurus – Once possessing the second highest health and melee stats in the sea, Mosasaurus is a popular choice amongst the players. It can be equipped with both platform and tech saddles offering a wide range of utility to the player.

5) Karkinos – The mighty crab of the sea gets the 5th spot on the list. Though a very slow creature, its utility gets it a high spot on the list. Its great to travel in the sea as it rarely aggros other creatures and can be used as an inexpensive tank on the land in ARK Survival Evolved.

4) Baryonyx – This incredibly quick creature is great on land and devastating the sea with its tail stun lock. Its ability to travel on both land and sea and possess jumping also makes it a great caving creature. It’s spin tail attack is also great to dismount other players who might be attack you in the sea.

3) Tusoteuthis – Being easy to tame, this monstrous squid certainly comes in handy to tackle other sea creatures. The ability to hold down other creatures while you tame them makes it very useful. With its giant pool of health, combined with its long reach and strong melee attack makes it a great choice for sea exploration in the game.

2) Shadowmane – Even though a new entry to the game, Shadowmane has quickly become a player favorite. With a feline look, this creatures gets the 2nd spot on the list. Sporting a natural armor and great damage, it wreaks havoc on the enemies. It has special abilities like invisibility or damage attack according to the gender, making Shadowmane a great choice for the players. With an incredible speed in water and the ability to leap out of it makes it spectacular.  Its incredible strength can be harnesses both on land and in the sea.

1) Basilosaurus – Surrounded by deadly mantas, Basilosaurus are the safest sea travel option in the game. Being easy to tame due to their passive-aggressive behavior, this creature grabs the number 1 spot on the list. With its incredible strength and the best melee stat in the game, these are the go to choice of almost all the players. They can’t be grabbed by Tusoteuthis or shocked by jellyfish which makes farming toxins really easy.

So this was our list of Top 10 & best Underwater creatures in ARK Survival Evolved! We hope you liked the article. Make sure to check the article on all suits in Subnautica Below Zero on Android Gram. Happy Gaming.

Video dxgkrnl fatal error on Windows 11: How to fix it?

Video dxgkrnl fatal error on Windows 11: How to fix it?