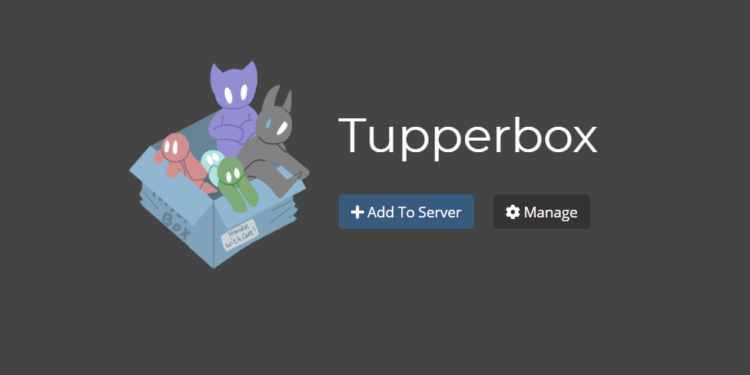 Tupperbox is malfunctioning for some users. Here's how to fix it.

Here’s a fun tool for those who don’t know about it till now. Tupperbox allows you to create fake profiles and discord bots on Discord. You can now pretend to be your favorite politician who loves gaming. Wow, that’s a tough combination to find in real. But you can make it possible on Discord with Tupperbox.

With Tupperbox, you can make multiple profiles and switch between them on the fly. You can create and edit fake discord profiles called tuppers. Manage your tuppers and bots with a single web dashboard. Send interactive proxy messages using tuppers. There’s autoproxy, too, which allows you to send all messages through one particular tupper. You can also copy all proxy messages you send through tuppers into a log channel for monitoring.

We can see how useful Tupperbox is for discord server owners and regular users too. But, some users are facing trouble with Tupperbox not working properly. Please read the article to know how to fix it.

Tupperbox not working? Here’re some things you can do

So, Tupperbox users were worried about the same not loading on their Discord servers. Some channel owners had trouble maintaining the bots they were using. Regular users faced a disturbance with role-playing sessions on Discord. Users flooded the official discord page of Tupperbox with complaints about the issue. Turns out it was Tupperbox’s server issue. The developers have now fixed it, and the service is up and running.

However, if it’s still not running for you, some users had suggested a few troubleshooting techniques.

If you cannot get your bots and tuppers to work, you can visit their Discord Support page and post your issue in the #help channel. The moderators are very active and will surely help you out in the shortest time possible.

Steam error initializing or updating transaction in 2022: How to fix it ?