Vivo Y19 Android 10 update status – All you need to know 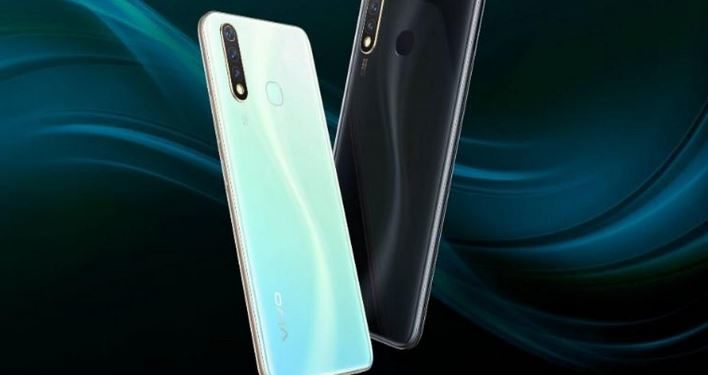 Vivo Y-series is one of the popular smartphone series among the budget centric markets. Y19, which released in November 2019, has received attention as well as popularity in the Indian and Chinese markets.

Vivo Y19 was initially released with the Android 9 Pie, even though the Android 10 OS was released by Google two months before the launch of this device. Well, Vivo should have gone for the latest OS, but it looks the OEM wasn’t prepared. Vivo devices come with custom UI aka Funtouch OS & Funtouch OS 10 is the latest custom OS by Vivo which runs on the top of Android 10.

Many Vivo devices have already picked the Funtouch OS 10, but some are still in line to recieve the new Funtouch OS based on Android 10. Talking specifically about the Vivo Y19’s Android 10 update. Still, there is no official update or confirmation if the device will be getting the Android 10 OS or not. But, chances are high, as the device was launched in November 2019 and hasn’t received any major OS update. 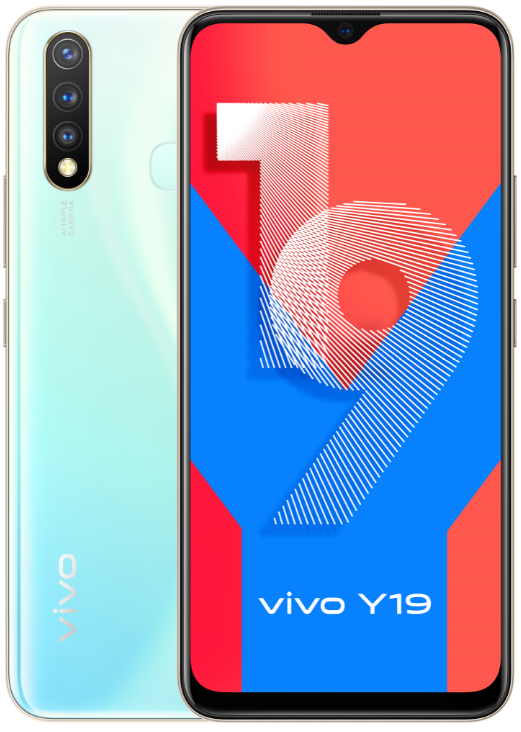 On searching about the Android 10 status of Vivo Y19 we got some detail, which must be taken as a pinch of salt, as there’s no official confirmation.

A user, who purportedly is friends with someone in Vivo R&D team, while replying to a tweet, mentioned that Android 10 based Funtouch OS 10 update for Vivo Y19 is in the testing phase. He also mentioned that the update should start hitting devices soon. 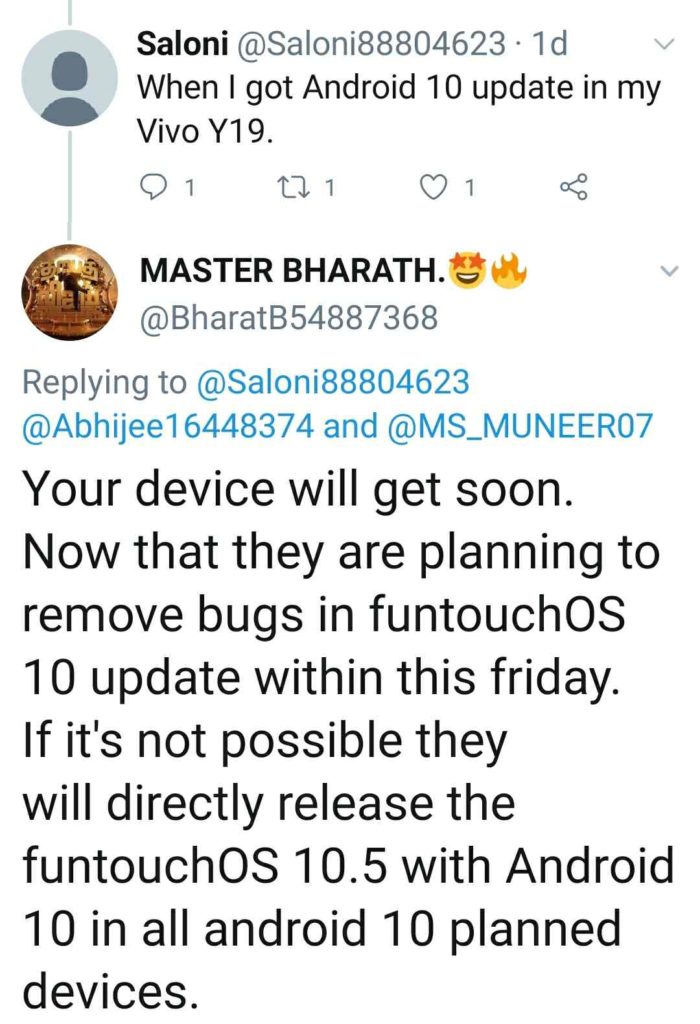 Well, again, this is not an official statement, so, nothing can be said for sure for now. Stay tuned, we will keep you updated with the latest info about the same.