What do polar bears eat in Minecraft? 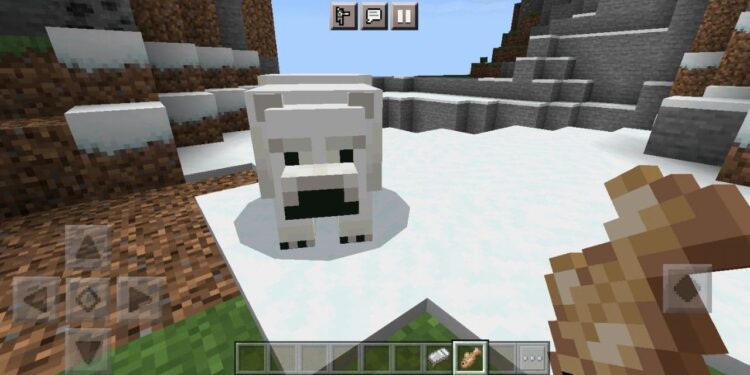 Polar bears are neutral mobs that spawn in cold biomes like snowy plains, ice spikes, and frozen oceans. They can also spawn in pairs with one of them being a cub. A polar bear is prone to attacking a player if it is accompanied by a cub or provoked. The cub is completely passive hence does not attack a player under any circumstances. One way to prevent a polar bear from turning hostile is by killing the baby in one hit (only applies for JAVA edition). Polar bears in Minecraft also have 30 health points or 15 hearts of health.

With the basic information regarding Minecraft’s polar bears out of the way, let’s move on to the answer for your question.

What do polar bears eat in Minecraft: 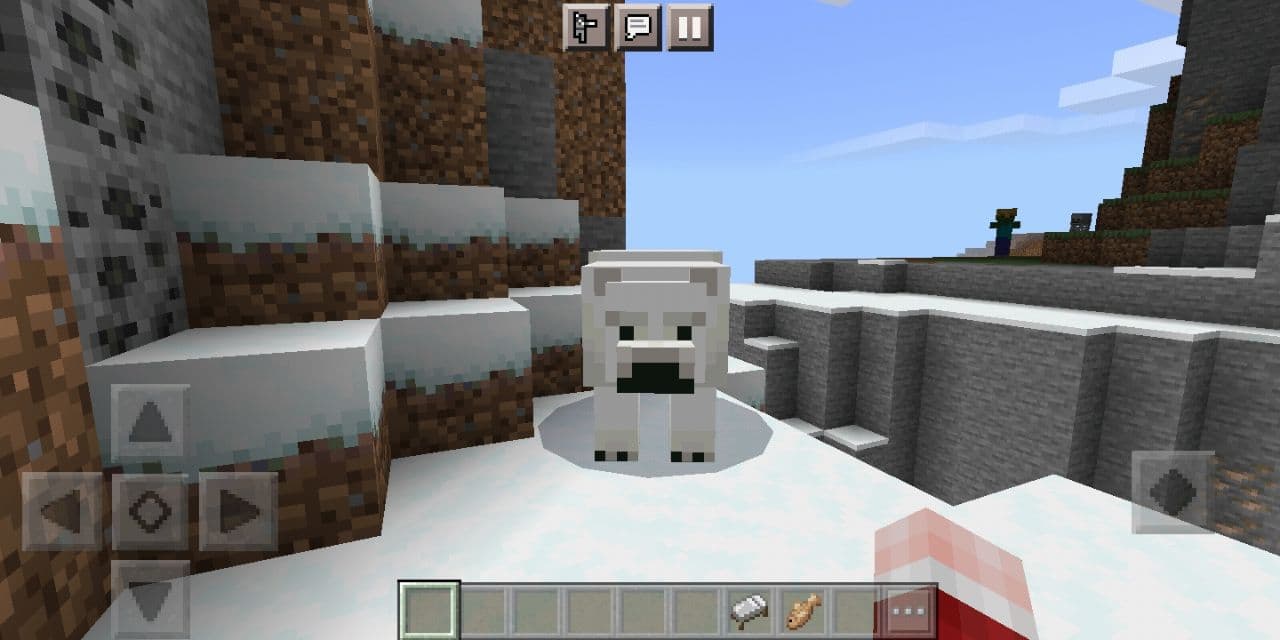 Polar bears in Minecraft do not eat anything. It’s surprising, but true. Players cannot feed polar bears and hence, cannot breed or tame them. This is understandable because having the polar bear as a pet in Minecraft would be overpowering. Just breed and tame a few polar bears and you’re invincible! This can disrupt many gameplay mechanics and make it a lot less enjoyable.

But players can keep a polar bear around if they want. Use a leash on a polar bear and take it where ever you want. Confine it using ‘fences’. And to prevent it from de-spawning, name it using a ‘nametag’. This isn’t technically ‘taming’ the polar bear, but this is the best that the game has to offer.

Related : How to make a lead in Minecraft?

1) The polar bear in Minecraft can attack for 1.5 hearts in easy mode, 2.5 hearts in normal mode and 4 hearts in hard mode. In peaceful mode, the attack from a polar bear does not damage the player.
2) Killing a polar bear has a ¾ chance of dropping up to 2 raw cod and ¼ chance of dropping up to 2 raw salmon. This number can increase to 5 depending on the level of looting enchantment on the weapon.
3) Adult polar bears are hostile towards foxes.
4) Polar bears in Minecraft also do not take damage in ‘Powdered snow’. Powdered snow is a recent addition in the game that deals damage to the player when trapped in it.

Even when you can’t tame them, Polar bears in Minecraft are interesting and fun to have around. For more Minecraft facts keep visiting ANDROIDGRAM.