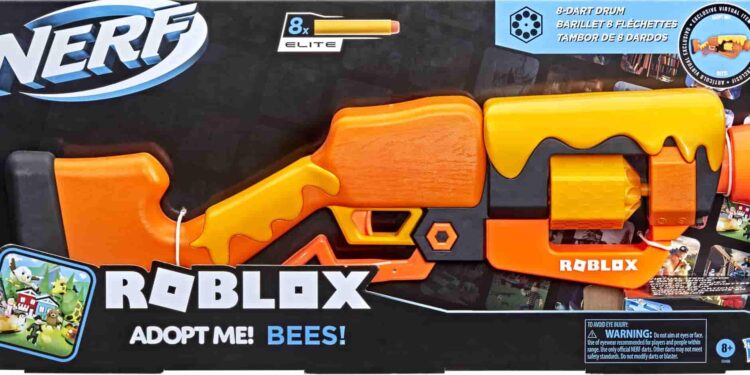 Partnering with Hasbro, Roblox has come up with their custom game-themed nerf guns which are available for purchase on Amazon. In this article, we will be sharing all the details with you about the Adopt Me Nerf Gun: Bees Blaster released by Roblox. Here’s everything you need to know.

One of the biggest gaming platforms where gamers can create and play their own games, Roblox is surely a giant when it comes to gaming. With its ever-growing community of gamers, the platform just keeps getting bigger day by day. Well, now Roblox has patterned with Hasbro to provide their game-themed nerf guns to the die-hard Roblox fans. 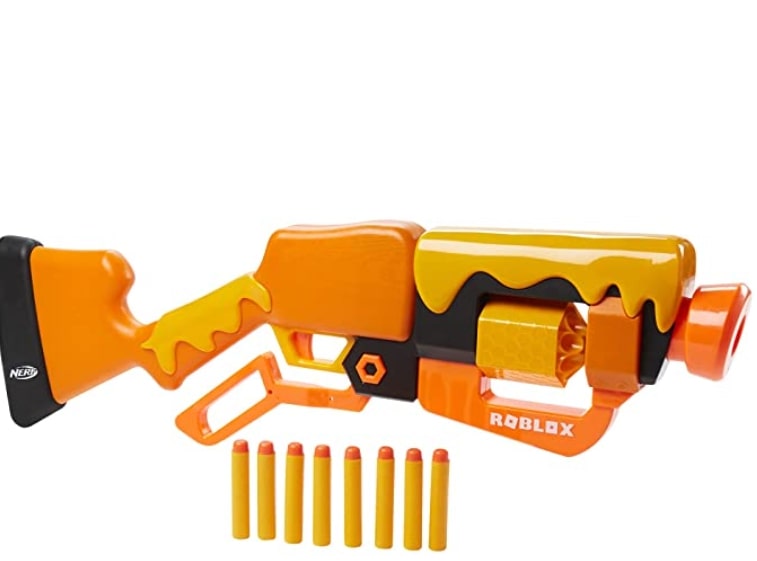 The Official Nerf Roblox Blasters along with a Roblox 2022 Edition Board game: Monopoly was promised by Roblox as they partnered with Hasbro. It was officially expected to release this fall for some US markets but some of them already made it to Amazon. There are a bunch of different nerf guns to choose from with custom themes of games including Adopt Me, Jailbreak, Arsenal, Mad City, Murder Mystery 2, and Phantom Forces. Well, in this article, we are going to be talking about the Adopt Me: Bees Blaster nerf gun.

Did you know about the NERF Roblox Arsenal Pulse Laser which was available for purchase a couple of weeks back? If you didn’t, visit here to know about it.

The inspiration for this Bees Blaster Nerf Gun is taken from the Adopt Me game itself. The Bees Blaster is a legendary toy in Adopt Me which is untradeable making it very rare. Well, now you can purchase a real-life Bees Blaster that shoots foam darts.

The blaster features a lever-action drum-fed dart blasting which means that it comes with a lever-action priming and an 8-dart rotating drum. So, all you need to do is load the drum, move the priming lever, and pull the trigger to fire a dart at the targets. It includes 8 Nerf Darks which are official Nerf Elite Darts that are made of foam and are suitable for both indoor and outdoor play. So, if you are interested to buy this item, head over here to get yourself one.