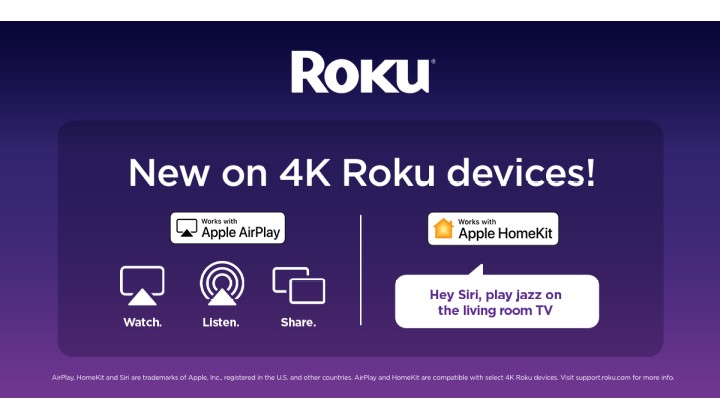 Roku televisions and streaming devices have lately been receiving a lot of recognition. Users are absolutely enjoying Roku products, especially streaming products. But something that makes all of us like Roku product is the operating system- Roku OS. The latest version of Roku OS is the Roku OS 9.4.

Roku OS 9.4 added features that have completely mesmerized fans who were expecting it for very long. Roku OS 9.4 brought support for Apple AirPlay 2 and HomeKit. Over 45 days and here we are with another amazing news that Roku officials have shared.

Officials have confirmed that the Apple AirPlay and HomeKit support in 4K Roku devices was out yesterday itself, since the time of announcement. However, not all 4K Roku players are eligible for this supporting feature. The necessary update will be rolling out to select Roku TV products in the next few weeks.