Battlefield 2042 is the latest installment of the iconic first-person shooter series, Battlefield. If you have been a fan of the series, you would know about the disastrous launch period of Battlefield IV. Well, Battlefield 2042 is almost in the same state. Fans are extremely disappointed with the way EA handled the launch. How can a video game be released officially in a state when it still has unaddressed bugs from the beta stages? EA and DICE should buckle up and fix the reported bugs as soon as possible to avoid losing out on the player base. As per reports, a lot of frustrated players have already applied for a refund – very much expected! However, fortunately, the aforementioned black screen issue of Battlefield 2042 can be fixed quite easily. Keep reading to know. 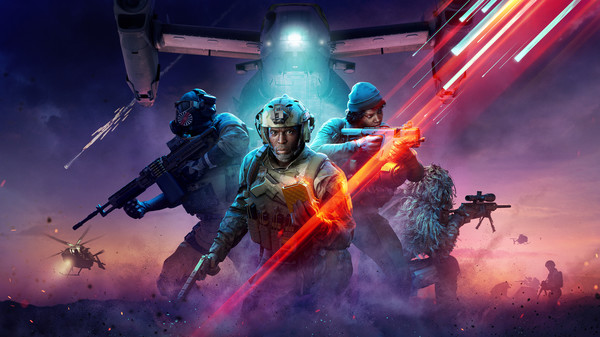 Battlefield 2042: Stuck at black loading screen & sent back to menu

I queue for a game or join one through Portal. Everything goes fine up until the game tries to join me into the match. The screen will go black as if it has started loading. Then, a loading indicator will pop up in the middle of the black screen. Then, after a few seconds, I am right back in the menu I was in to join whatever game mode I was currently under. The game will do this forever. It is basically a loop with the only user input being queueing or joining another match.

As mentioned before, this isn’t an internal server issue but the problem can be attributed to your network connection. You can check for the same by using a VPN – using a VPN will get rid of the black screen issue in Battlefield 2042. Now, you can continue using a VPN, or get rid of the root cause. According to a user, his ISP was hard blocking the game’s port –

My ISP was hard blocking the ports (Aussie Broadband) a quick call and it was resolved within mins.

How to resolve the black screen issue completely?

You will have to check to see whether the ports on your router are closed. First, perform port forwarding for Battlefield 2042. Now, google your public IP address (search for “what is my IP address” on Google). Use your IP address and your opened port (from port forwarding) to check whether the ports are still blocked. You can check using an online port checker. Finally, if the port is blocked, contact your ISP and let them know – they will help you resolve the situation.

i am with aussie bb, called them up stated that i couldnt play bf2042 and that i read it was to do with ports being blocked. The guy on the phone said he would refresh the allowed port list and change my ip address. boom i was on the battlefield!

Hope the article helped you solve the issue. For more such articles, stay tuned!