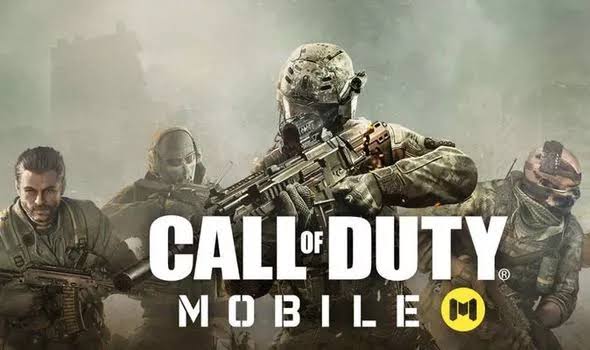 The latest update for Call of Duty Mobile, Season 8 : The Forge went live on the global servers today. The new update is available for both Android and iOS devices. Everytime a new season is launched, the game’s player base increases with many new players joining the game. However, a new bug has been encountered today that is affecting the game experience for many players.

Today, on 10th July, Call of Duty Mobile’s developing team encountered an issue regarding the Facebook login process. They announced the existence of this issue on their official COD Mobile twitter handle. They stated that this problem is causing login issues with Facebook’s iOS SDK. This is resulting in unexpected crashes when trying to login to the game or even when launching the application. 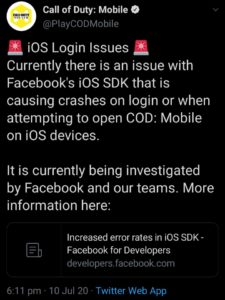 So far, no further information is available from the developing end except the fact that they are investigating this problem alongside Facebook. At this point, it is difficult for us to know what might be wrong as the fault is on the back end. That being said, we do expect a fix very soon.

As mentioned earlier, this issue is only present for iOS users. Many fans are disappointed in both Tencent Games and Facebook and demand an update on this situation. Lately, Call of Duty Mobile has also been suffering from server related issues such as player desynchronization and authorisation error. These shortcomings have been investigated and are being worked upon. Therefore we expect to see a new and improved game condition sometime soon.