Read this article to know more about Diablo 3 Season 24. 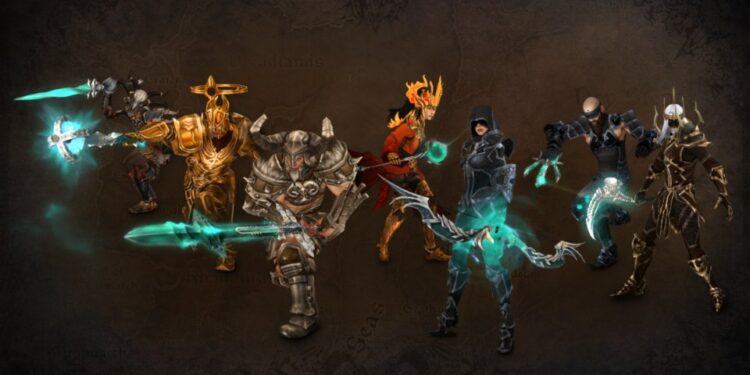 Diablo 3 Season 24 to release on 23 July, here's everything you want to know!

It’s the ethereal power that hits you most! Beings who possess such power should be cautious. As ethereal power is short-lived, it should fall into the hands of beings who know how to draw the unimaginable power diligently.

The new season of Diablo 3 is just ahead of us, and fans are excited. The theme of this season is based on old memories of Diablo 2. Season 24 of Diablo 3 brings in 21 iconic weapons of Diablo 2 fame, all as a part of a celebration for Diablo 2: Resurrected scheduled to release in September 2021.

As our beloved, the Nephalem, you will yield the ethereal weapons of the past. Get ready for the battle of your lives as darkness tries to engulf humans and angels. You are the only one who can stop this!

Here’s something else to be excited about. Players who pre-book Diablo 2: Resurrected before its release in September 2021 are in for a treat! You will receive a gift in the form of the Heritage of Arreat transmog, the Diablo 2-themed Barbarian transmog set, in Diablo 3 on July 20 once Patch 2.7.1 goes live.

If you are a console player, here’s good news for you too. Pre-order the Diablo Prime Evil Collection on Xbox or PlayStation, and you will immediately unlock the Mephisto pet and the Hatred’s Grasp wings with the release of Patch 2.7.1.

It is nice to have some reward waiting for you at the end of a journey! Diablo 3 has introduced End of Journey rewards since Season 17, and Season 24 is no exception. In addition to a few memories making a return from Season 12, there is something awesome waiting for you at the end of the Season 24 journey. So, complete the Season 24 Guardian Journey and earn the Terror Resurrected Portrait and the Lesser Mummy Pet.

Few quests are making their return in the game in Season 24.

On A Good Day and I Can’t Stop: Love leveling up legendary gems? These quests require you to level three legendary gems to Level 65.

Curses! and Stars Align: Love killing in huge numbers? These quests require you to kill 350 or more monsters at level 70 on Torment X difficulty in a Cursed Chest event.

The Thrill and Super Human: These quests will test your ability to play the game without Set Items. They require you to complete a Greater Rift 45 Solo without the use of any Set Items.

Years of War and Dynasty: Want to show off your expertise in various class sets? Reach Greater Rift Level 55 Solo with the full bonuses of six class sets to complete these quests.

Patch Notes for Season 24 of Diablo 3

With Season 24 of Diablo 3 all set to release, the patch has brought in fond memories of Diablo 2. In addition to all those elements, something new based on the theme has entered the game. Ethereals are the new weapon type that players will be looking for and yielding in battles. They will come with two attachments, a random Class Weapon Legendary Power and a random Class Passive Power.

These weapons will have special icons, names, item types, and sounds previously experienced in Diablo II.

For complete information on the patch and the new season, visit this page.