Are you getting an error too? Read on to know more. 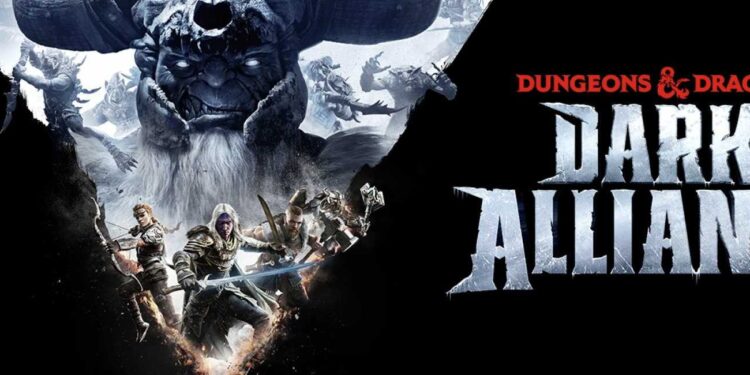 Are you looking for the keybind feature in the new Dungeons and Dragons Dark Alliance game? Click to read more on its availability.

Dungeons & Dragons may have come to the spotlight after the hugely popular American TV show, The Big Bang Theory showcased the protagonists playing this game every day (almost!). It is an emotion for many as a board game. The digital world has, however, managed to adopt this board game as a video game successfully. A part of that family is the new Dungeons & Dragons Dark Alliance.

The Dark Alliance is based on a theme of the winters and features the frigid world of Icewind Dale. A party of four battles thirty different types of enemies to stop them from taking possession of the crystal shard. If the crystal falls into the wrong hands, it will summon darkness to the realm. Get ready to fight the battle of your lives with Dungeons & Dragons Dark Alliance.

Issues with Dark Alliance on Xbox

Dungeons and Dragons Dark Alliance is now available for download across significant platforms: Xbox One, Xbox Series X|S, and Windows 10. However, when players tried downloading and playing the game, they faced problems. Multiple Xbox users also had trouble locating the game on Xbox marketplace. They reported download issues from several countries. Meanwhile, several players also reported getting disconnected whenever they tried to play the game, which was brought to the notice of the game developers by the fans.

It's. Not. Opening. It keeps telling me to check the Microsoft Store for a release date. The release was 18 minutes ago now. Please work with them to fix this.

The official Twitter account of Dungeons & Dragons Dark Alliance jokingly remarked that a wizard might be behind this glitch. Further tweets promised that they are investigating the issue and will fix it as soon as possible. However, they still faced a considerable amount of backlash from the gaming community on Twitter. Some gamers complained about re-booting multiple times automatically. Others were not happy that the developers released a game that they did not test properly.

We are aware of some issues with the launch on certain platforms and are working quickly to push the game live.
Thank you for your patience.

Its not only a Gamepass problem. You havent been able to preorder or buy the game (PLAYSTATION DIGITAL) in half of EU since the re-reveal. And the issue is being ignored. But hey streamers are getting their paycheck, thats always something.

How do you report an issue? Anytime I try and play online I get disconnected.

Other than that I am loving the game.

The Dark Alliance was all scheduled to release today, 22 June, and was available for pre-order. The gamers who pre-ordered for their Xbox were pretty disappointed with all the glitches. All this being said, releasing a big title in the world of gaming isn’t a piece of cake for developers as well. We hope all the glitches in the Dungeons and Dragons Dark Alliance are resolved as soon as possible!

How to Make Roblox Controls Bigger on iOS ?