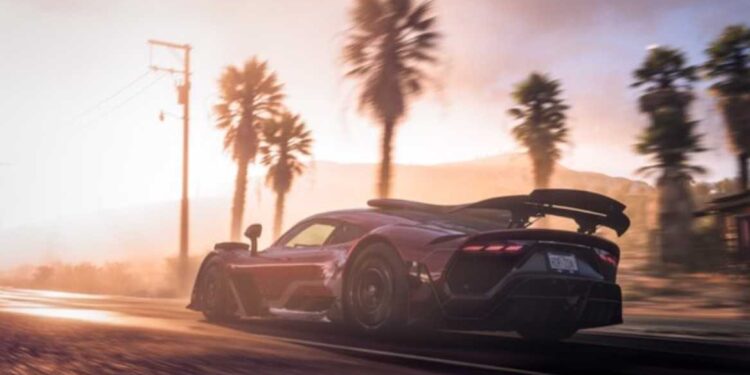 Forza Horizon 5 is one of the most famous games available in the racing genre. However, there is a separate fanbase for the car pass that the game is updated with from time to time. You can get many additional cars with this car pass. For example, exclusive new cars and special drift cars are a part of the Forza Horizon 5 car pass. This pass is also included in the Deluxe Edition, Premium Add-Ons Bundle, and Premium Edition of the game. However, many players are experiencing an issue where they are not able to access the car pass and the cars included in it. So, we will be going through the best fixes and workarounds to get through the Forza Horizon (FH) 5 car pass not working issue.

Below we have mentioned some of the best fixes that you can use to make your car pass work. Many common solutions effectively work for both Windows and Xbox consoles. Therefore, we have combined these solutions to save you time. However, if your problem is associated with a particular platform, we have the solutions for those problems listed separately. So, go through every solution and find the one that solves the problem for you in the best way.

1) Restart your system (For both PC and Xbox consoles):

The first thing you can do is restart your system so that the game can enable synchronization with the servers when you open it again.

2) Update your system (For both PC and Xbox consoles):

Sometimes, updating Windows or Xbox consoles can solve compatibility issues of your system with the game. Therefore, if you are holding on to any pending update, install it immediately.

3) Load the game on a different device (For both PC and Xbox consoles):

Log out your FH5 account on your current device in which you are having issues with the car pass and try logging it into a different system. If the problem does not reoccur in the other device, this means the issue is with your system. However, if the problem persists, try contacting official support.

Press Win + R and after the dialogue box opens, type WSReset.exe in it. After that, wait for the reset to get over until the system automatically opens Microsoft Store. Now, try opening the game again and see if the car pass works.

5) Update the game (For both PC and Xbox consoles):

If the game is not up-to-date, go to your respective launcher and update the game from there. After updating, try to open the game again.

6) Log off from other devices (For both PC and Xbox Console):

If your Microsoft Account is logged in to many unnecessary or unwanted devices, try logging out from those devices. Now, access the game and the issue should be fixed.

You can also uninstall the gaming service app on your Windows device by running the Windows Power Shell as administrator and typing: “get-appxpackage Microsoft.GamingServices | remove-AppxPackage -allusers”. After this, in the same Window, enter the command “start ms-windows-store://pdp/?productid=9MWPM2CQNLHN” press enter, and install the app. Now, press “Yes” after which you will receive a prompt for User Account Control (UAC). Now, restart your device and launch the game.

Make sure that you verify the game files on Steam by going to the library and opening the Local Files section from the “Properties” option. Here, click on the option that says “Verify the integrity of the files…”.

9) Remove the quick resume option for the game (For Xbox consoles):

Go to the Xbox Dashboard after closing the game and press the Xbox button so that you can open the guide. Now, go to My Games & Apps > More Options > Remove from Quick Resume. Now, launch the game.

10) Resync your save to the cloud (For Xbox console):

Go to Manage Game > Saved Data > Your Profile > Delete from the console. After that, relaunch the game and see if the car pass starts working.

11) Redeem the cars (For Xbox console): Press the “start” button which is on the right side of your controller and redeem the cars that are pending in the game. If the button does not appear, this means you will have to wait for some time.

Make sure that the account you use to play Forza Horizon 5 is also the same account that you have signed in to Microsoft Store. If not, then sign in with the same account and try running the game again.

13) Download and install the car pass (For Xbox console):

If you have purchased the car pass but it is not showing up in your system, then make sure that you have downloaded it. For this, you have to go to the storage section of your Xbox. Now, you will have to highlight the Forza Horizon 5 game. After this, press the start button which is on the right side of the screen, and select the “Manager Game” option. Here, you will be able to see the full list of all the things that are installed on your console. In this list, make sure that the car pass is visible. If not, then install it manually.

14) Correct your date and time (For the Xbox console):

Make sure that you have set the correct time and date on your Xbox console so that your game does not carry any synchronization issues within itself.

These are all the possible solutions that might help you to get through the car pass issues in FH5. On this note, we hope you will have an awesome journey full of drifts and turns in Forza Horizon 5. Also, do not forget to visit Androidgram for the latest updates in the world of tech and gaming.

Forza Horizon (FH) 5 Co-op not working: How to fix it

Forza Horizon (FH) 5 Co-op not working: How to fix it