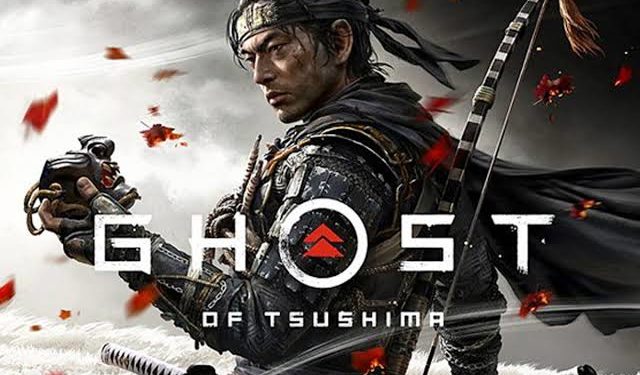 Ghost of Tsushima is an upcoming action adventure open world game developed by Sucker Punch Productions and published by Sony. It takes place in the late 13th century, during the events of Mongolia invading Japan. In the game, players will fill in the boots of our samurai protagonist named Jin Sakai who fends off against the invading Mongolian army. 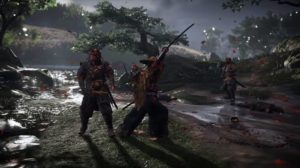 The game was announced a long time ago and since then we have received many trailers and demo gameplay footages. Today we are going to present a small list of confirmed weapons and tools you will be using as Jin. This list has been gathered by breaking down all the trailers and gameplay officially released.

We are sure that there is going to be a plethora of gruesome weapons at your disposal in Ghost of Tsushima. Afterall, you’ve got the most devastating empire in the world at that time to protect your land from. Therefore, let’s begin with what we have so far.

What is a samurai without a trusty sword at his side. Jin’s katana, also called the Sakai Storm is a family heirloom that has passed through different generations. Finally being passed onto to Jin, he uses it to fight the invaders. 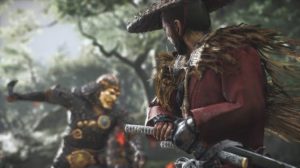 The developers have confirmed that along with many other weapons in the game, the Sakai Storm is also upgradable. Players will be able to level up its stats as well as customise how it looks. For that you will have to scavenge for supplies in the open world or complete certain activities.

The Tanto is a small dagger/short sword that Jim carries alongside Sakai Storm. This will most likely be used mainly for assassinations during stealth sections of the game. The Tanto will also be able to perform critical strikes and staggered enemies. 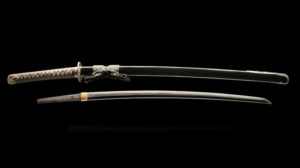 Another long sword is seen strapped to Jin’s back however it hasn’t seen any usage in any of the available footages. From what we’ve observed the melee gameplay of Ghost of Tsushima is quite similar to that of Nioh and Sekiro. It relies on different stances for attack and parrying mechanics which are similar to the Souls series, for defence and repost.

Since Ghost of Tsushima will be having stealth sections, it becomes crucial for the player to have the ability to take out enemies from a distance. To facilitate that, the game does offer many ranged weapons. The focus has been kept mainly on bows but we’re sure there are plenty of other options as well.

The half bow or the short bow, as the name suggests, will be short-ranged bow. It will be easier to fire in quick succession and deal damage to enemies.

The longbow, as seen from the gameplay appears to be a long-ranged alternative to the aforementioned. It will take more time compared to the half-bow because of the high string tension. But it will be capable to knock down heavily armoured enemies. 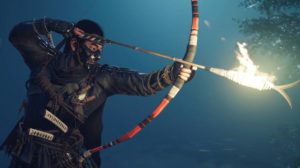 The game also features different types of arrows. The four we saw were normal, heavy, fire and explosives arrows. However, we’re are sure there might be other types of arrows as well. Such as poison arrows or the ones that drive the enemy berserk against its own side.

Jin also carries a set of Kunai on him. These are small throwing knives which are silent but deadly. They appear to be very powerful as they have been seen taking down large armoured opponents with ease. 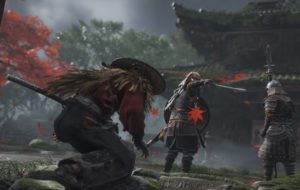 The game might handle throwing knives as a craftable item. But Jin appeared to be carrying only a few of them thus it would be wise to not waste them on low level enemies.

The utility and tools which the game offers will be a crucial part of the stealth meta of the game. You will be seeing :

Let’s be honest, you’re not really a ninja or a samurai unless you have these. Smoke bombs will be used to stun and disorient enemies to deal critical damage to them. They will also be a useful means of escape if you find yourself surrounded by a large group of enemies.

Fire crackers will be a useful tool for distraction. They are loud and carry the capability of attracting a large crowd of enemies or possibly the whole camp. Thus, they will prove to be a useful craftable item. 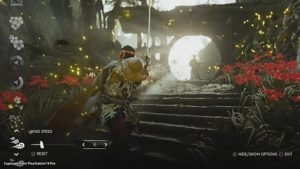 Windchimes, similar to the fire crackers will be device of distraction. However, they will target mostly singular enemies at a time. Use them to seperate sheep from the herd one at a time.

We are now officially Japanese Batman. The grappling hook doesn’t appear to have much use in combat as much as traversal and positioning. You will most likely use it to explore the environment but we felt it would make a nice addition to the stealth mechanics. 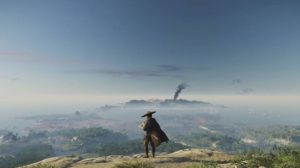 Thus, these were all the tools and weapons we saw being used in the demo gameplay. Click here to learn more. Ghost of Tsushima is coming out a week from now on 17th July, 2020 exclusively on Sony’s PlayStation 4.