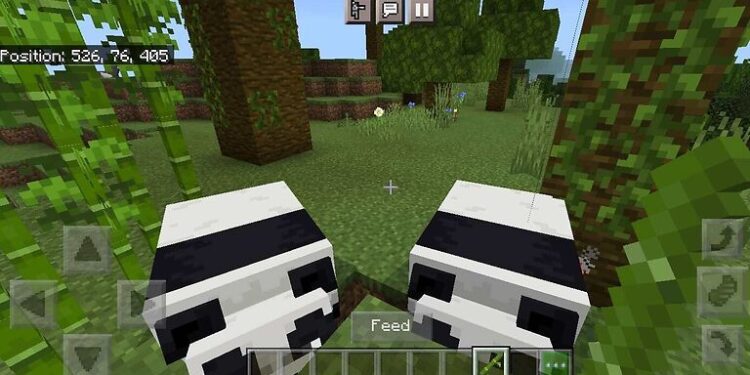 Curious about how you can get more of the cutest mobs in Minecraft? Want to know how to breed Pandas in your Minecraft world? Follow the instructions given in this article to have as many Pandas as you want!

Pandas were added to Minecraft in the ‘Village and Pillage’ update. The panda is a unique mob with variants that each have a unique personality. Even though, players can’t tame a panda, having a few of them around your base is always fun. In this article, you will find all the important information about Pandas in Minecraft. So, make sure to take advantage of it, and get yourself a load of pandas.

As mentioned earlier in this article, there are a few variations to the normal Panda in Minecraft. Each of those variants has a unique personality and behaves very differently. Let’s take a look at all the personality types this mob has to offer –

1) Normal Pandas: A normal panda is the most commonly found variety of this mob. As the name suggests, it does not have any unique traits which in my opinion, doesn’t make it any less adorable.

2) Weak Pandas: The weak pandas can be distinguished very easily with their teary eyes and forever snotty nose. You’ll see or hear them sneezing very often. They also have only ‘5 hearts of health’, which is half the health that other Pandas have.

3) Brown Pandas: This is the rarest variant of pandas in Minecraft. Like the normal pandas, the brown pandas don’t have a personality trait apart from their color.

4) Lazy Pandas: With a constant smile on their face, this panda variant is one of the slowest moving mobs in Minecraft. You can also see them lying down on their back frequently. The lazy panda won’t follow the player even if they are holding a bamboo.

5) Playful Pandas: These Panda variants love to do a barrel roll and always have their tongue sticking out.

6) Worried Pandas: With a unique set of eyes, the worried panda is the most adorable out of all the other pandas. They have big open eyes that might look similar to the eyes of a ‘tamed Wolf’. ‘Weak pandas’ tend to avoid players and hostile mobs. Players can also see them hiding their faces and shivering in fear during a ‘Thunderstorm’.

7) Aggressive Pandas: If you provoke an aggressive panda, it will keep on attacking you. If there’s a group of aggressive pandas, attacking even one of them will turn everyone hostile towards the player. They can be easily identified by the serious frown on their face. 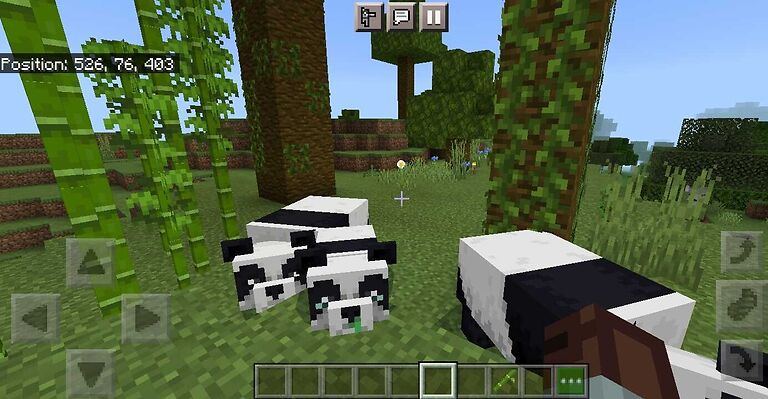 Before trying to breed Pandas in Minecraft, make sure that there are 8 bamboo blocks placed within a 5 block radius of both the pandas. To breed pandas, you simply right-click on them holding a bamboo. When a player holds a bamboo, the nearby pandas start following the player, making it easier to move them or bring them closer to breed. If you try to breed Pandas without enough bamboo blocks nearby, they will start attacking you.

Once a baby panda spawns, you can see it performing a variety of actions. It will have all the characteristics of a playful panda like lying on its back and rolling around. You might also occasionally come across a cute panda sneeze. When a baby panda sneezes, all the nearby adult pandas ‘jump’. This is a reference to a famous clip, where an adult panda is startled by the sneeze of its baby.

What do cows eat in Minecraft?