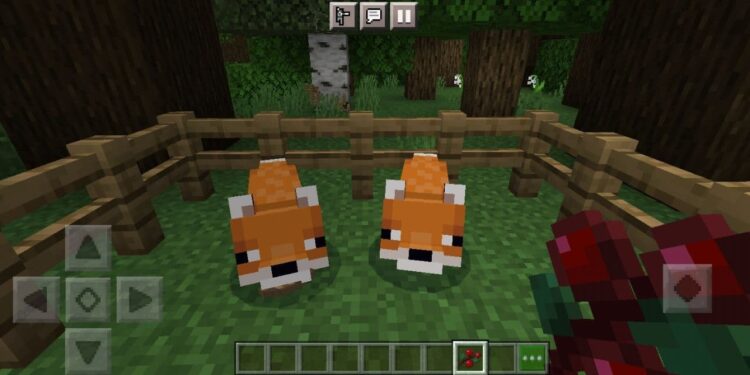 Curious about how you can tame a fox in Minecraft? Then check out this article to learn an easy way to do so.

Foxes in Minecraft are a passive mob that spawn in Taiga biome variants. The foxes that spawn in Snowy Taiga biomes are white in color. Foxes can be seen carrying an item in their mouth. This can be any item that was dropped either by the player or another mob. But, they also prefer food over other items. So, a player can exchange a food item for the item in the fox’s mouth.

Foxes in Minecraft can be seen jumping about, attacking chickens. They can jump more than one block high. Foxes can also attack other small mobs like, cod, salmon, tropical fish and rabbit. The snow variant of the fox can be seen burying its head in the snow. It leaps at least 2.5 blocks in the air and lands head-first in the snow. It gets stuck for a few seconds then returns to its original state. They have 5 hearts of health in JAVA edition and 10 hearts of health in Bedrock edition.

Foxes like to keep their distance from the player. Hence, cannot be tamed. But, there is a way that the player can get a fox that trusts them. When a fox trusts the player, they do not flee when approached. The fox will also attack mobs like zombies, drowned, husks, silverfish, endermites, spiders, vexes, vindicators, evokers, pillagers, blazes, pandas and goats. But, they only do so if the mob attacks the player they trust. To get a fox for yourself, take a look at the ways to make a fox trust you. 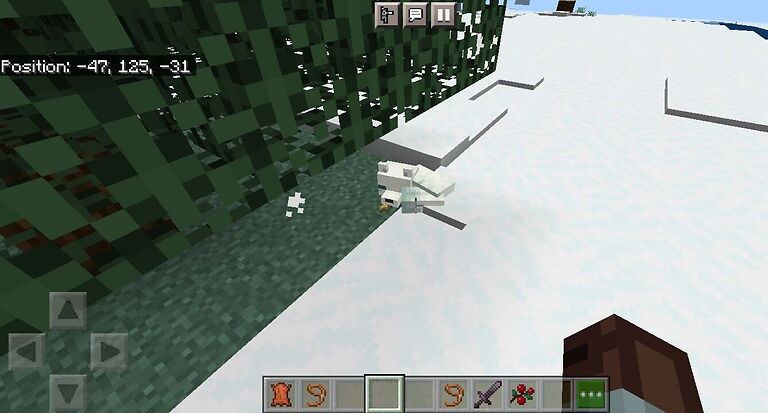 How to get a fox in Minecraft:

Keep in mind that any fox that is naturally spawned into the world will not trust the player. They will always flee when approached. So, the player will have to capture and breed two adult foxes. The cub that spawns due to the breeding will trust the player and won’t be afraid to be near them.

The best way to approach this would be to find a sleeping fox in a taiga biome and put a lead on it. Make sure you approach the fox while sneaking.  If you sprint towards it, the fox will wake up and run away. Do this twice so that you have two adult foxes captured. Make sure to surround them in 5 high walls to prevent them from escaping. Now right click both the foxes with ‘Sweet berries’ in your hand. The foxes in Minecraft are bred using sweet berries. Breeding the foxes will spawn a kit that will trust you. Quickly put a lead on the kit. This step is important because, even though the pup trusts the player, it tends to follow an adult fox.

1) A fox can pick up swords as well. Is a fox in Minecraft picks up a sword, it increases its attack damage.
2) If a fox is holding a food item in its mouth, it gradually consumes it. It will also receive the potion effects associated with that item.
3) ‘Glow berries’ that were added in the recent Minecraft update, can also be used to breed the foxes in Minecraft.