What do Axolotls eat in Minecraft? 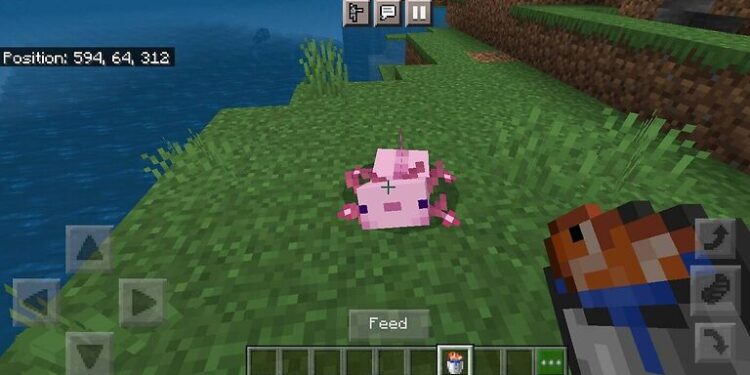 Want to know what Axolotls in Minecraft like to eat? Then go through this article to know all about your cute aquatic companion in your favorite video game.

The Minecraft 1.18 update has changed the game completely. With new cave biomes, new ores and new world generation, there’s a lot to explore. Along with the new update, a new mob called the Axolotl was introduced into the game. Since, ‘Axolotls’ are a recent entry, there can be a lot of questions surrounding it. That’s where this article comes in. Here are all the things that you might want to know about axolotls in Minecraft.

Axolotl is a passive mob that attacks all aquatic mobs except turtles and dolphins. Axolotls have ‘14’ health points or 7 ‘Hearts’. It can be found in 5 different colors: leucistic, wild, gold, cyan, and blue. A blue Axolotl is the rarest among all of the colors with a spawn chance of 0.083%.
Axolotls in Minecraft can also ‘Fake death’ by laying still on the ground. They can do this to regenerate their lost health if fighting a hostile mob.

Also read: How Long It Takes For Minecraft Turtle Egg To Hatch?
Minecraft Launcher on Microsoft Store giving error code 0x87e00017: How to fix it?

Where can you find them?

Axolotls spawn within 5 blocks of a ‘Clay block’ in a lush cave. The ‘Lush caves’ can be found by a player while exploring the cave system. A player can also come across a lush cave by finding an ‘Azalea’ tree on the surface. Dig down under an Azalea tree to find a lush cave. A lush cave is an underground cave biome that is composed of moss blocks, azalea leaves, flowering azalea, hanging roots and clay blocks.

What do Axolotls in Minecraft eat? 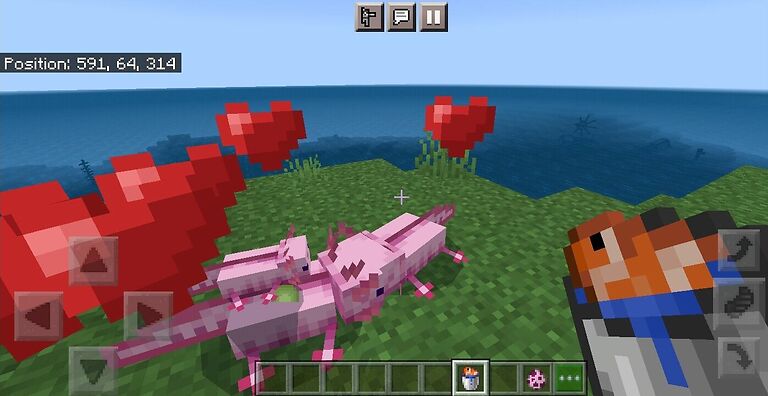 This is everything you might need to know about axolotls in Minecraft. Keep following ANDROIDGRAM to know more amazing Minecraft facts.

How to make a sponge in Minecraft?