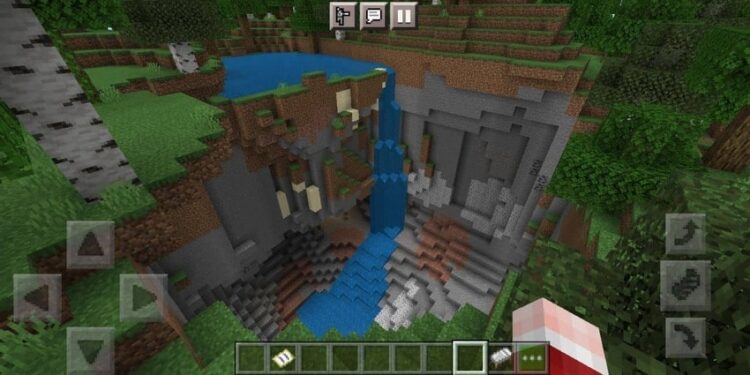 Minecraft in all its glory is one of the best survival games one can ever play. It is a mix of deep mechanics and some out of the place gameplay that makes you question – Is this really a part of Minecraft? The game can be played solo and with your friends on servers. Single-player worlds don’t feel the same after a point of time. Within some time, you will achieve everything that Minecraft has to offer and spend some time building huge projects. After building many mega builds myself, I found that single-player worlds often lose their touch within a few months of playing. But the addition of friends in this equation can make things very interesting. This is where Minecraft Realms comes in.

Minecraft realms is an easy way for players to host a server. By paying a monthly fee, players get access to their very own Minecraft server to play with their friends. However, updating a Realm is something that can confuse many players because of the way it is done. In the rest of this article, we’ll make sure that you know everything about updating your Minecraft Realm to 1.19.

How to update Minecraft realm to 1.19: Minecraft updates take place automatically. This applies only if you are the owner of that particular realm. Once you update your game, your Minecraft Realm will be updated as well. However, if you are not the owner of the realm, you will have to ask the owner to update your game. Once they do that, you will be free to log on to the server and enjoy the newest version of Minecraft. The excitement to update your Minecraft realm version 1.19 is understandable. The new biomes and mob that is more powerful than the ender dragon itself are fascinating. And though you may be excited about the changes made, it is often better to include the other members of the Realm to make a collective decision.

Many players like to get a grip on a particular version of Minecraft before updating or moving on to the next. And Minecraft always introduces a new change every year. Some updates are accepted with open arms and some are criticized a lot. Even now, when hardcore mode players are losing their worlds to the Warden left and right, there are speedrunners who are trying to get a new world record in Minecraft 1.14.
I hope you found all the answers you needed through this article. Now go ahead and update your Minecraft realm to 1.19 and enjoy the new features of the game.