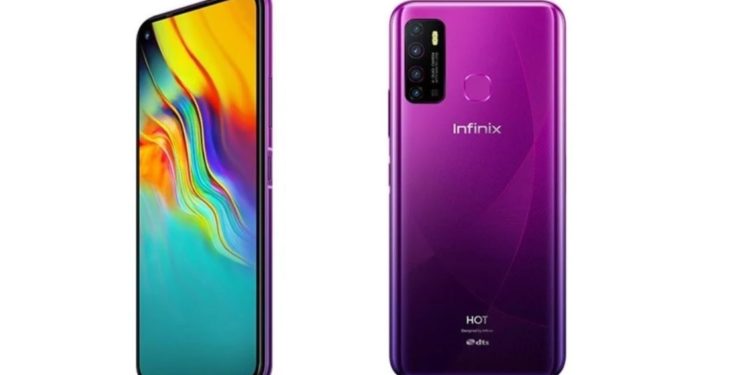 Infinix, the Hong Kong based smartphone maker, focuses majorly on budget-oriented customers, having most of its phones under the price tag of Rs.10,000. The OEM competes with Xiaomi, Oppo & Vivo in the budget-smartphone segment but has never managed to attract the attention of the budget buyers.

Talking about the new products, the company recently introduced its truly wireless earbuds, yes, just like AirPods. The earbuds named, Infinix iRocker, will be available with a price tag of just Rs.1,499. The product might not be able to provide satisfactory results but provides an option for the budget buyers.

Also, it looks Infinix will be releasing the Lite version of Hot 10 really soon. According to an image posted by a leaker, Infinix Hot 10 Lite has appeared on the Google Supported devices list. Well, the leaker didn’t mention any release date for the new device, as nothing is confirmed officially. 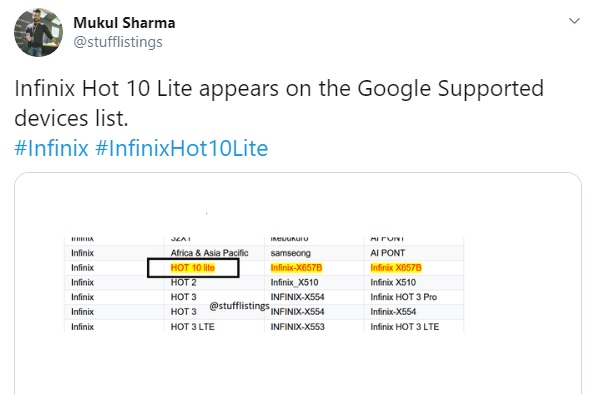 Also, this was just a leak, should be taken as a pinch of salt. Rest assured, we are keeping a close eye on any such leaks, stay tuned.