If you love basketball, you will be pleased to know that NBA 2K22 is now officially available for PC and console players. However, some of the most reported bugs in the video game still remains unaddressed. One of the most concerning bugs is that of the VC rewards. Players are not being able to collect the deserved VC. Now, obviously, this is an internal issue and is not happening on the players’ side. There are a few unofficial fixes for the problem, but it has only managed to work for some. What fans need right now is an official fix. Read this article to know more about this.

Supposedly I’m getting around 600 VC for finishing a MyCareer game, but I don’t actually get any of it after the game… 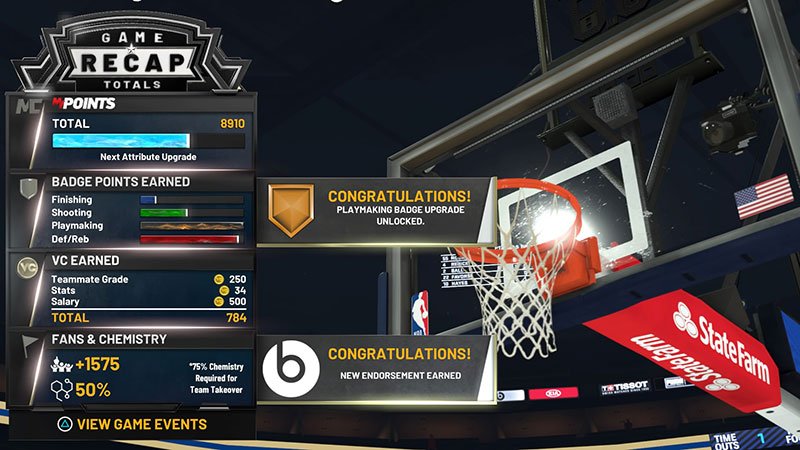 VC is also known as “virtual currency” in NBA 2K22. A player’s success in two modes of NBA 2K22: MyTeam and MyCareer mode is heavily dependent on virtual currency. VC is used to upgrade a player’s attributes. Without VC, it is challenging to play MyCareer mode as a player’s overall rating matters. Earning VC is also not a matter of ease. You will have to play loads of career mode matches, participate in lucky draws, and complete missions to earn VC. Imagine players putting in all their effort because they expect to earn VC, but in the end, they cannot collect the deserved amount. If you are not able to collect VC, try this unofficial fix:

– Make another character of different position from the affected position
– Play a game of the new position made
– Check if VC earn.

If you can collect VC after this, create another character of a different position from the affected position and check whether you are earning VC. If not, you are one among the many annoyed fans looking for a solution or waiting for a hotfix right now.

One of the players had contacted the support regarding this issue, and this is the reply they got:

This usually occurs when you lose progress which can happen after a connection hiccup; you’re basically re-playing MyCAREER games you’ve played before the issue occurred. Since you can’t be rewarded for games you’ve already played, you’ll need to replay (or sim games) until you’re caught up.

According to the above, if you face a network issue and your progress is lost due to that, you will not receive the deserved VC. This is again very unclear as many players are facing the bug even if nothing like the above happened with them. By now, it is obvious that the reason behind this issue is a notorious bug. The developers haven’t yet acknowledged the issue. But looking at the number of complaints, we are sure they are going to come up with a solution pretty soon.

For more such updates on NBA 2K22, stay tuned to Androidgram!