Does the New World game have voice chat feature? Read this article to know more. 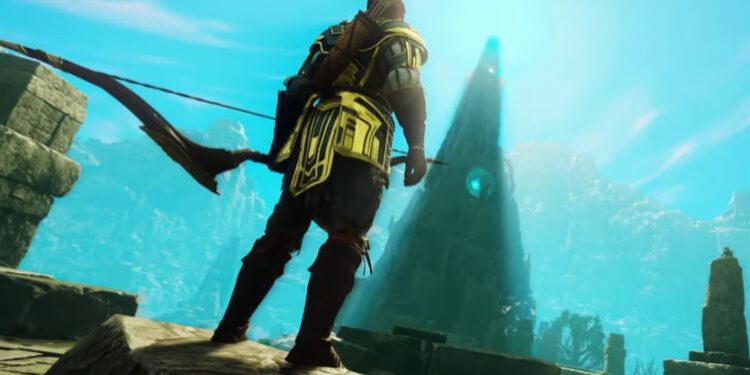 So, you want a world of your own to protect? New World is going to give you that. Being an MMO Sandbox or virtual world game, you will live in a society like real life but isn’t real life. Aeternum defines your New World. But, you get to choose what Aeternum means to you! If you love strategy games, New World will awe you every time. Get ready for an action-packed exploration of a fictional land like your real world. Play solo or bring your friends along: fight other players or monsters.

The game is simple: The players form groups of up to five members, join the Marauders, the Syndicate, or the Covenant factions (any one), use node resources efficiently, create items, and gain control over settlements. They can quest, just explore the world, or just fight. New World will give you the thrill to control a simulated world and what happens in it. Aeternum is in your hands! Fight for your definition.

New World is a massively multiplayer role-playing game with various features that keep the player experience in mind. Since it is a multiplayer game, a team must get to communicate with each other discussing strategies. One player must know what the other player is planning to do to win this game. So, you might be having this query whether the game will provide that option to its players, which will allow players to communicate in-game.

So, now you can rest assured that there will be no communication gaps between you and your friends. Coordinate your fights and win the battles of your lives!