Trouble launching New World? Everyone playing the popular video game right now has one complaint or the other. Like the GPU crashes we talked about before, New World is also causing PCs to restart or reboot automatically. Peeps are frustrated with the number of bugs in the game and are now considering getting a refund.

It has been four days since Amazon Games launched its much-anticipated MMORPG title after two successful beta phases. Although the game was received extremely well by the gaming community, the list of bugs reported in the game grows every day. So, what is a fan supposed to do if he/she is unable to play the game at all? MMO games have been known to have a big start considering the huge fan base of the genre. But, a big start also implies server bottlenecks and, therefore, some pretty annoying bugs arising out of the situation. 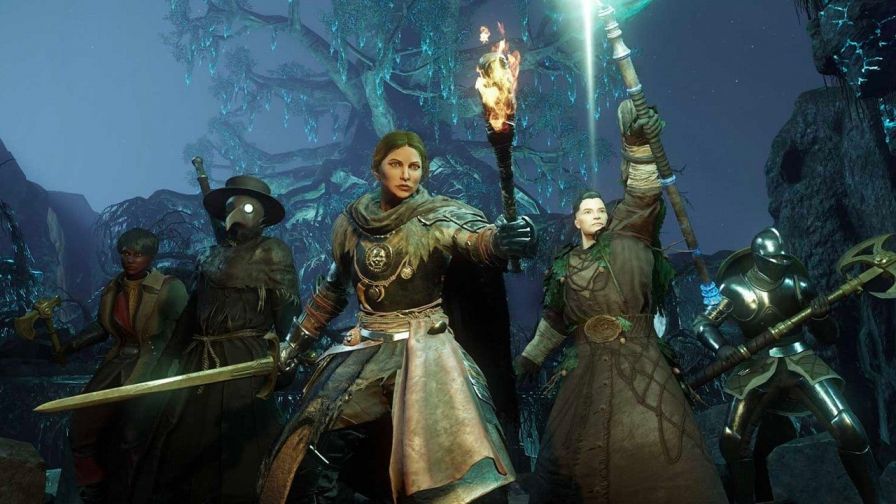 So, players of New World report that whenever they are trying to launch the game, their PC restarts. This issue can be considered a part of the GPU crashes peeps are facing when they try to load the game. For some, their PC restarts in the middle of playing the game. For others, the bug doesn’t let them get past the logo screen. Some were convinced that NVIDIA graphics cards of the “Ti” version were at fault. On further investigation, a pattern involving EVGA cards was noticed too but was quickly dismissed when peeps mentioned other types in reports. It was also established that the issue is completely a problem on Amazon’s side. One should not replace their hardware with the hope of eliminating the issue.

We recommend you try all the basic troubleshooting steps from here. A potential fix to the restarting/rebooting issue in New World is to update your system’s BIOS to the latest version manually. To do so, you will have to be extremely careful as it is easy to mess up and kick your device out of warranty. We recommend you visit the official website of your motherboard’s manufacturer and find the latest version for BIOS. You will be able to access a detailed guide on installing the BIOS on the website itself. If not, we suggest you contact a skilled technician to help you do this. Or, a better option will be to wait for the first patch fix for New World to arrive and get rid of all the mess.