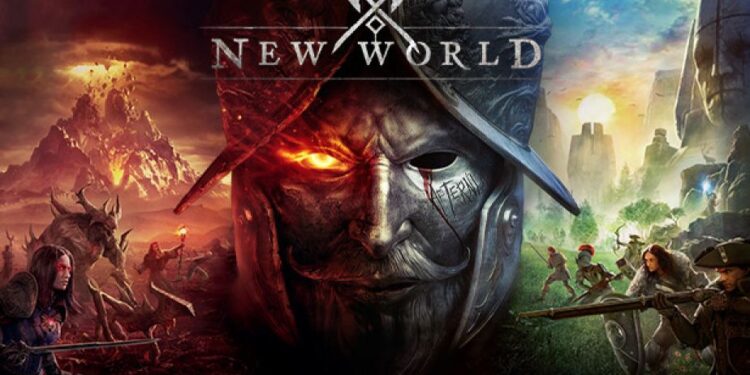 New World’s closed beta period has ended; the servers went offline at midnight PST on August 3/8 am BST, for most regions. So, if you have been trying to hop back, you won’t be able to access the game now. Players will now have to wait for the official release of the game.

If you were a part of the Closed Beta program, you would know that the New World game is pretty well built and has managed to pull together an impressive response from players all over the world. The Open Beta was accessible to players from July 20 to August 2. In this period, Amazon Games (developers of New World) had aimed to introduce the game to fans who pre-ordered and some lucky gamers. They had intended to get early feedback from users in order to produce a perfect game by its official release.

According to the developers, they have indeed received a massive number of feedback from players. One particular feedback was about the inclusion of Turkish language support in the game. Read this article to know more about this. 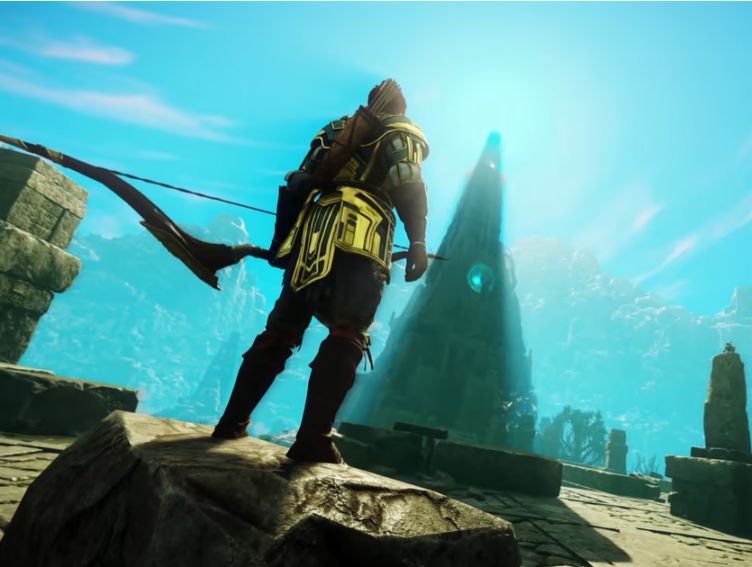 New World players have appreciated the game in its Closed Beta form. Why wouldn’t anyone? The game has beautiful sceneries, vivid but huge map, and a beneficial global voice chat. The city of Aeternum unfolds a great story in the form of the New World’s plot. You have nothing as you find yourself, castaway, on the shores of Aeternum.  You are what you want to be as you get to traverse the vast Aeternum, collect weapons, grow powerful, and defeat your enemies.

A Steam thread was started on the topic of Turkish Language support. Turkish players have also appreciated the game’s closed beta version. But, they want the inclusion of the Turkish Language for Turkish players. Amazon has a very extensive presence in Turkey in terms of eCommerce. The video game industry thrives in Turkey as well. Most video games have a great player base in Turkey. Why New World doesn’t have Turkish language support is a question that is yet to be answered by Amazon Games. 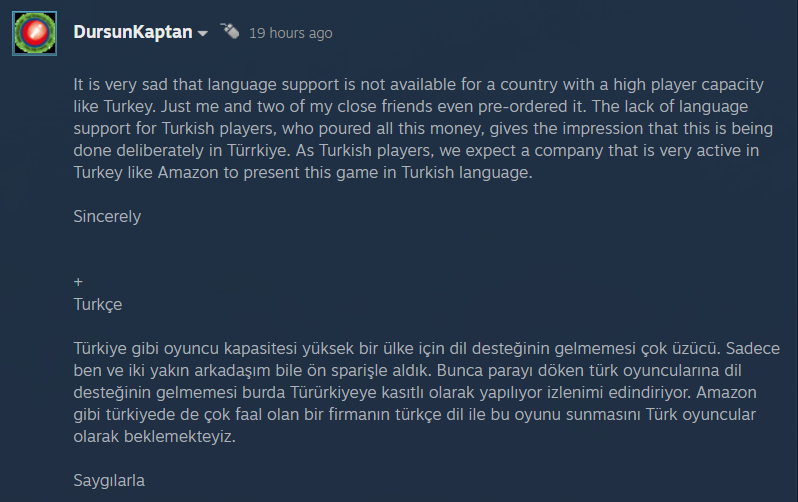 Many Turkish players are hesitating to buy the game (described as amazing) because of the absence of the Turkish language. However, many players have pre-ordered the game, as they expect Amazon Games to include the language support by the official release.

We hope Amazon Games take this feedback seriously and include the Turkish Language support in New World.