The official developers of Pokemon Unite have revealed a total of 4 maps in Pokemon Unite so far. These maps will feature different regions and each map is unique in its own way. In this article, we will be discussing the Shivre City map in Pokemon Unite. Continue reading to know everything about it.

Pokemon Unite is a multiplayer battle arena game set for release on Nintendo in July. The Android and iOS versions will be made available in September. So, with the release date approaching at a steady rate, more information about the game has been revealed by the devs.

Now we know that Pokemon Unite will be featuring at least 4 maps in the game if not more. These maps are Mer Stadium, Auroma Park, Shivre City, and Remoat City. However, this article features the Shivre City map only. 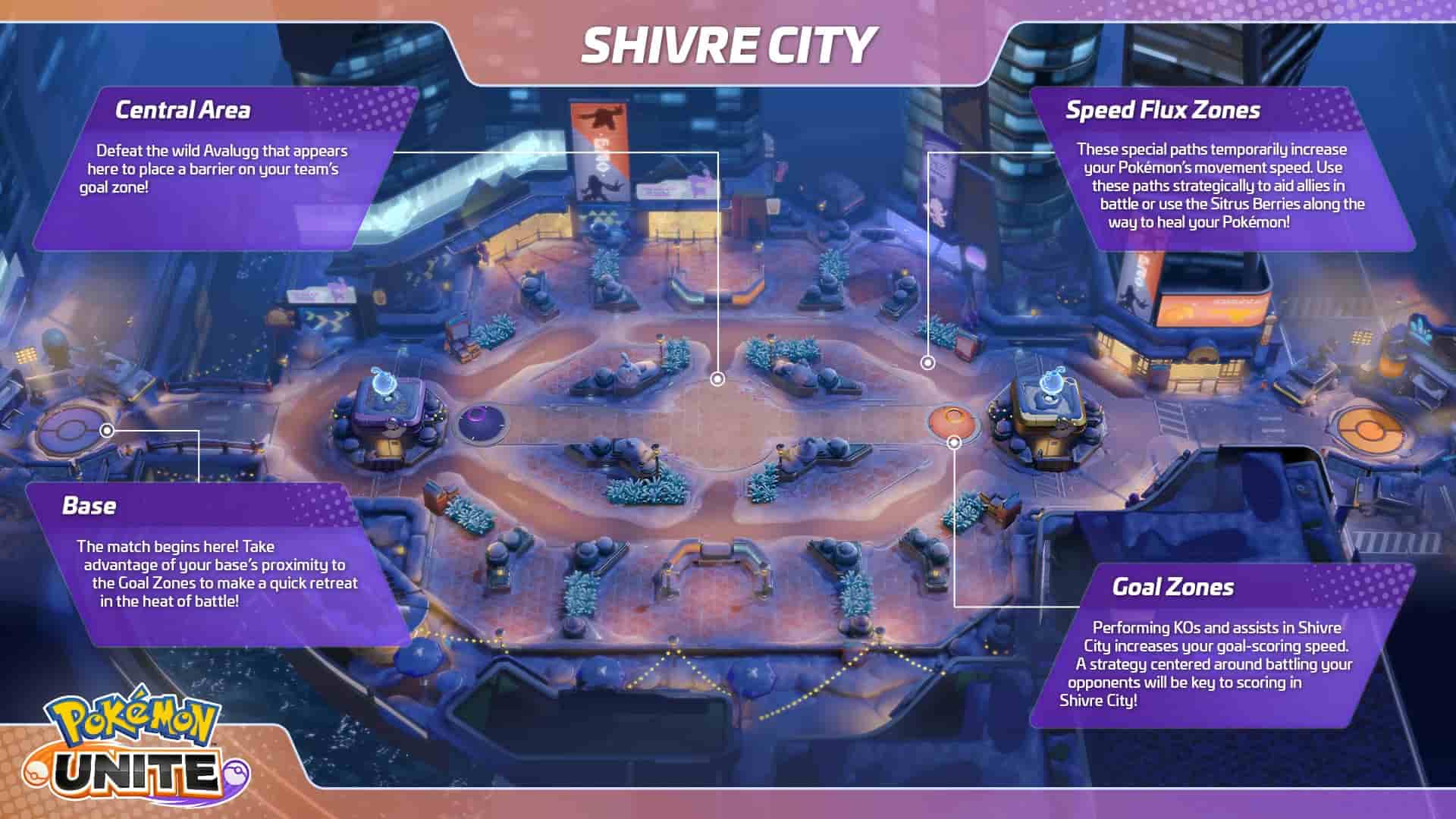 Shivre City contains snowy roads in which players have to be engaged constantly in a battle to take map control and score points over their opponent. The map has a base, a Central Area, 1 Goal Zone for each team, and Speed Flux Zones. This map doesn’t have a Legendary Pit.

Goal Zones are areas where you deposit your Aeos energy to score points for your team. You can take over the opponent’s goals once you have adequate points. This map features a single goal zone for each team which makes it hard for both teams to score points.

The Central Area in Shivre City is placed at the center of the map with a wild Pokemon Avalugg. Defeating this wild pokemon will place a barrier on your team’s goal zone for better defense.

What are Speed Flux Zones?

Speed Flux zones are scattered all over the paths on the map. They temporarily increase the Pokemon’s movement speed. Using this to your advantage can help you gain an upper hand over your enemies.