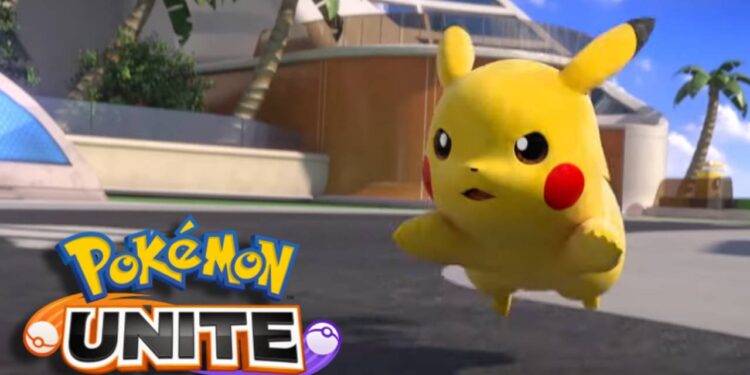 Pokemon Unite, being a multiplayer battle arena game features different maps to battle on. With the recent tweet from the official game devs of Pokemon Unite, we now know that Pokemon Unite will be released with a total of 4 maps as of now. In this article, we will be discussing the Remoat Stadium map. Here’s everything you need to know about the map.

The game is scheduled for release on Nintendo in July. However, the Android and iOS versions are going to be delayed and will be released in September. With that being said, let us talk about the maps that have been revealed so far.

We have Mer Stadium, Auroma Park, Shivre City, and Remoat Stadium. Each map in the game is unique and features different regions along with different wild pokemon. So, without any further ado, let’s get right into the details of the Remoat Stadium map in Pokemon Unite. 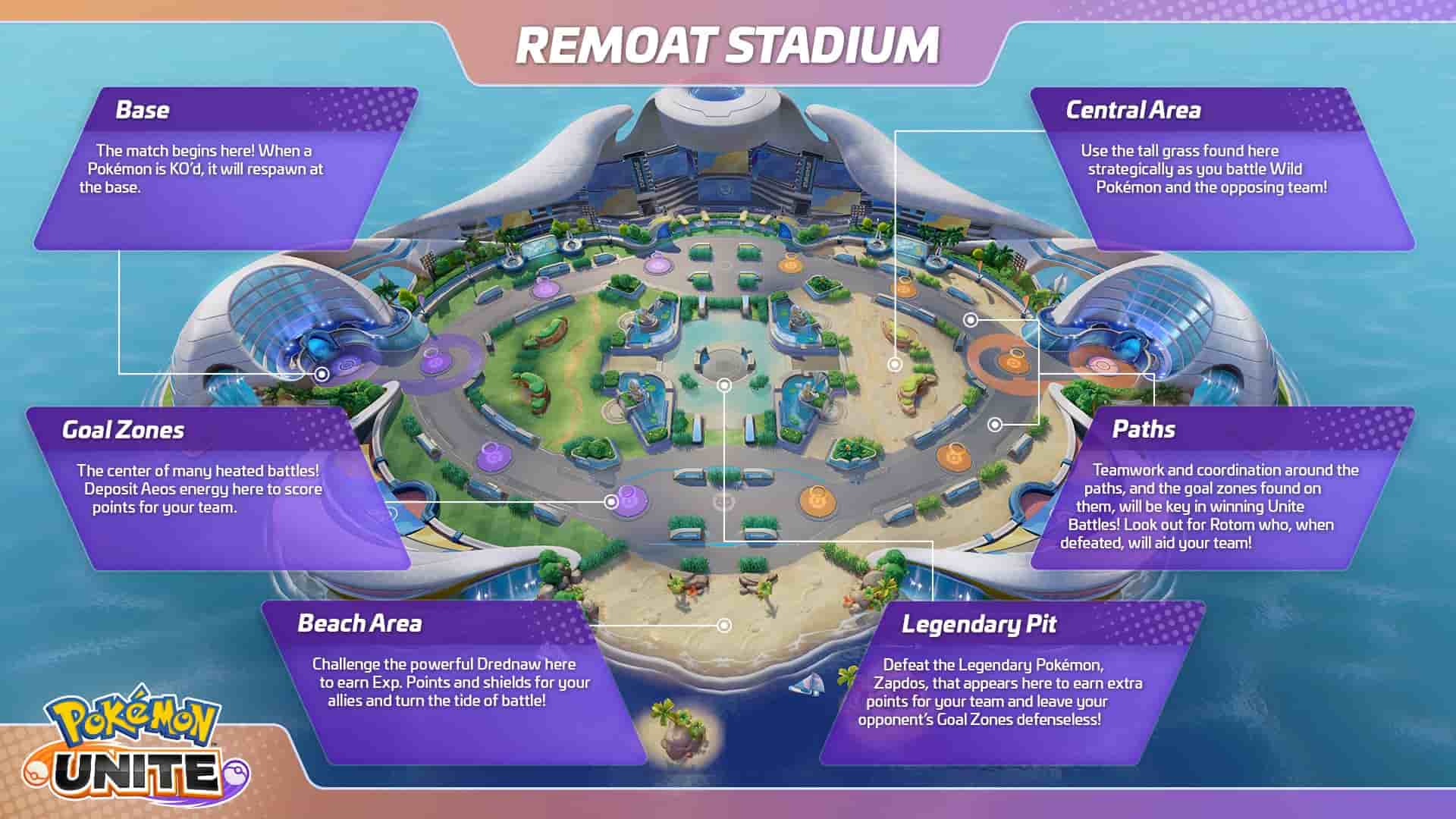 The map features a 5v5 trainer battle as it is one of the biggest maps in the game with a total of 10 goal zones. It has got a base, a Central Area, a Legendary Pit, 5 Goal Zones for each team, a Beach Area, and Paths. Coordination and strategic approach will be highly rewarded in this map.

Goal Zones are areas where you deposit your Aeos energy to score points for your team. You can take over the opponent’s goals once you have adequate points. This map features a total of 10 goal zones (5 goal zones for each team).

The Central Area of Remoat Stadium features tall grass that can be used strategically to fight the Wild pokemon and your opponents. Different maps feature different wild pokemon in the Central Area.

The Beach Area in Remoat Stadium is the home to the powerful Drednaw. Defeating this pokemon will earn your team exp. points and shields.

Pokemon Unite : How Level up fast & get more EXP ?

Pokemon Unite : How Level up fast & get more EXP ?