Temtem's black screen bug and glitch is all set to run away after this update. 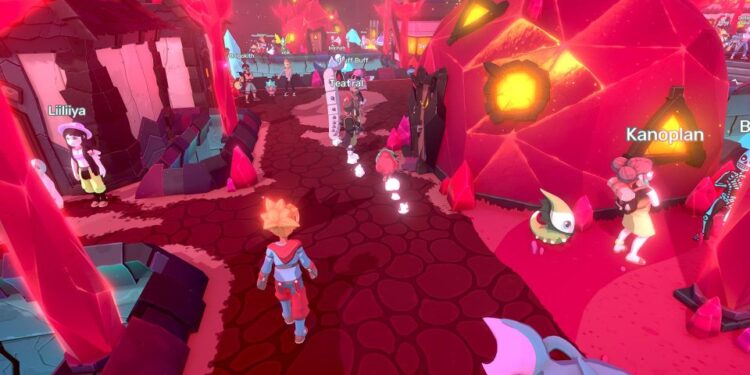 Love multiplayer games? Here’s a new one for you. Although it is inspired by Pokemon, the Temtem game still has some freshness to it. The stunning maps and competitive gameplay is enough to catch a gamer’s attention. Love training extraordinary beings as you own? Catch Temtems, train them and battle other tamers. Explore six islands of Archipelago, and in the journey, make some awesome new tamer friends! Archipelago is airborne, so all six islands are floating in the air. Literally!

Temtem is a multiplayer, creature collecting game. But behind this short description lies vast possibilities. It is not a solo game, so you will make a lot of new friends with whom you can trade your Temtems in Tucma’s ash-covered fields. Catch new Temtem on Omninesia’s floating islands. You can also battle other tamers on Deniz’s beaches. Feeling more competitive?

You can defeat the Clan Belsoto and save Archipelago from its hands. You can also defeat all eight Dojo Leaders to become the best TemTem tamer.

We have listed the features of Temtem which make it interesting to play.

So, your game of Temtem is glitching. Users have reported the appearance of a black screen while playing the game. Sad, but black screen issues are common with games and can usually be fixed with an update. That is exactly what developers of Temtem promised the fans.

An update, 0.7.3 is all set to release on 6th of July. Fans can stop being distressed because of the black screen bug as it is going to be fixed in a few more days.

What are you guys doing next Tuesday? How does playing our new patch sound?

Server downtime will start at 7 am UTC/ 12 AM PST, and Lairs will be turned off an hour prior.

There's also an important thing to know before the patch: pic.twitter.com/cLOFWlwqRq

will fix them, yes!

We hope we have been able to help you with your query.